The NTPC has initiated a probe to ascertain the reasons behind the blast. 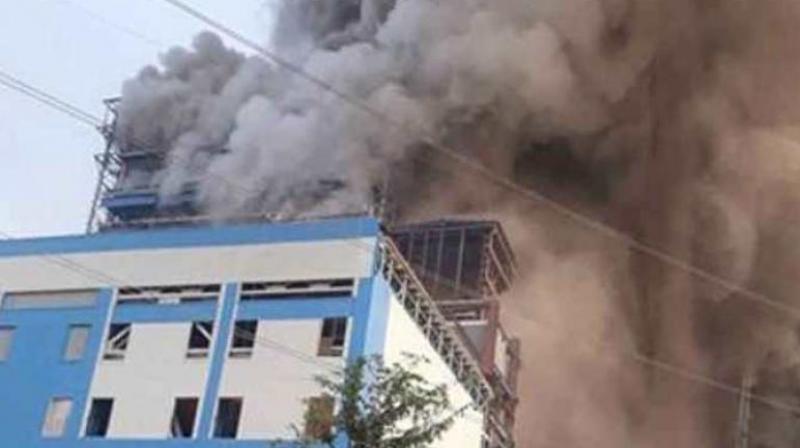 The death toll in the massive explosion on Wednesday at the state-run power giant NTPC’s Unchahar plant climbed to over 30. (Photo: PTI)

New Delhi: Nine men, who have suffered serious burn injuries in the NTPC plant explosion in UP’s Rae Bareli, have been shifted to the Safdarjung Hospital here.

While two of the injured persons were brought to the Centre-run facility at around 8 pm on Thursday night, seven others were admitted in the burns ICU of the hospital early Friday morning.

The death toll in the massive explosion on Wednesday at the state-run power giant NTPC’s Unchahar plant climbed to over 30.

The doctors also said that the hospital has arrangements in place and more patients can be accommodated in case they are to be brought.

Minister of state for health Anupriya Patel visited the hospital on Thursday night to oversee and ensure that the blast burn patients get the best treatment and care. More than 85 injured people are being treated at hospitals in Rae Bareli and Lucknow.

Chief minister Yogi Adityanath, who is abroad, had announced Rs 2 lakh compensation for the family of those killed and Rs 50,000 for the grievously injured, besides Rs 25,000 for other injured workers.

Union power minister R.K. Singh has also announced a compensation amount of Rs 20 lakh to the next of kin of those killed, observing that the earlier ex-gratia was not enough. The NTPC has initiated a probe to ascertain the reasons behind the blast.

In a statement issued on Thursday, the NTPC had said that at unit number 6 of its Unchahar plant, there was a sudden abnormal sound at 20-metre elevation on Wednesday afternoon.

The 1,550-MW plant supplies electricity to nine states, according to officials, and employs around 870 people.