Two Navy personnel died as a glider on routine flight crashed in Kochi on Sunday morning, stated a defence spokesperson 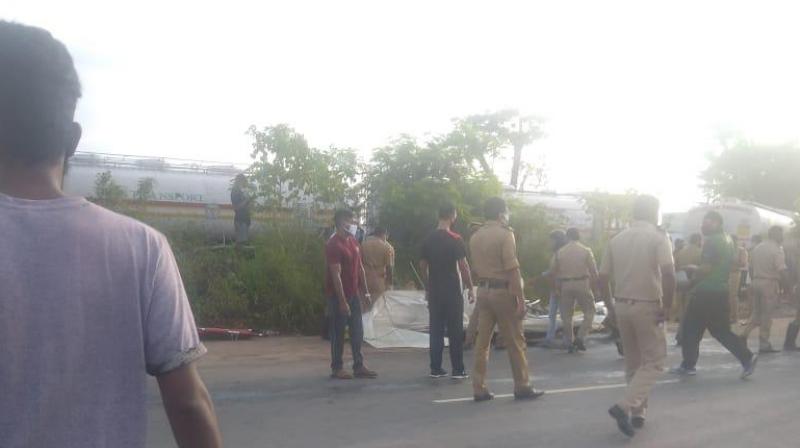 Police personnel rush to the scene of mishap in Kochi. — Asian Age photo

Two naval officers were killed when a glider aircraft of the Indian Navy crashed near the Thoppumpady Bridge near naval base in Kochi on Sunday morning. Two naval personnel on board Lt Rajeev Jha and sailor Sunil Kumar were dead. Though the officers were recovered from the crash site and shifted to INHS Sanjivani, they were declared brought dead.

The naval power glider was on a routine training sortie which took off from the INS Garuda crashed around 7 AM.

An inquiry has been ordered by the Southern Naval Command into the incident.