Before entering ED headquarters Mr Suresh told media persons that he did not commit any crime. 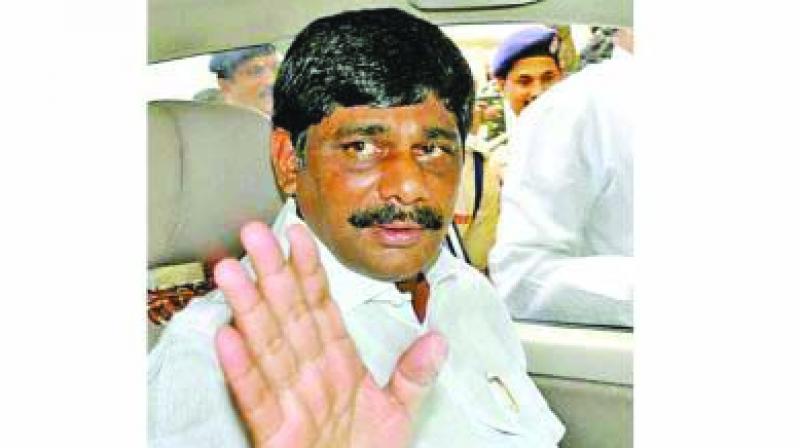 According to sources Mr Suresh, who represents the Bangalore Rural constituency of Karnataka, arrived at the agency's headquarters in Khan Market, New Delhi at around 11 am.  He was questioned for several hours. He may appear before the agency on Friday also.

Before entering ED headquarters Mr Suresh told media persons that he did not commit any crime.

Sources said that Mr Suresh was confronted with the statements made by Mr Shivakumar and others during their interrogation. However, the ED officials were tight-lipped about his questioning.

Mr Shivakumar is currently lodged in Tihar Jail in connection with a money laundering. He is in judicial custody till October 15.

Earlier, the ED had also questioned Karnataka Congress MLA Laxmi Hebbalkar and Mr Shivakumar’s daughter, Aishwarya, in connection with the case and had recorded their statements.

Three other alleged associates of Mr Shivakumar have also been examined by the ED.

The ED had in September last year registered a money laundering case against Mr Shivakumar, Haumanthaiah, an employee at Karnataka Bhavan in New Delhi, and others.

Earlier, Mr Shivakumar had indicated that his “instrumental role” in ensuring safe stay of Gujarat Congress MLAs in a Karnataka resort during the Rajya Sabha polls in 2017, amid allegations that the BJP was trying to poach them, was the reason for the I-T searches and subsequent ED action against him. The ED case was filed on the basis of a charge sheet (prosecution complaint) filed by the Income-Tax Department against him last year.