The price for being banked 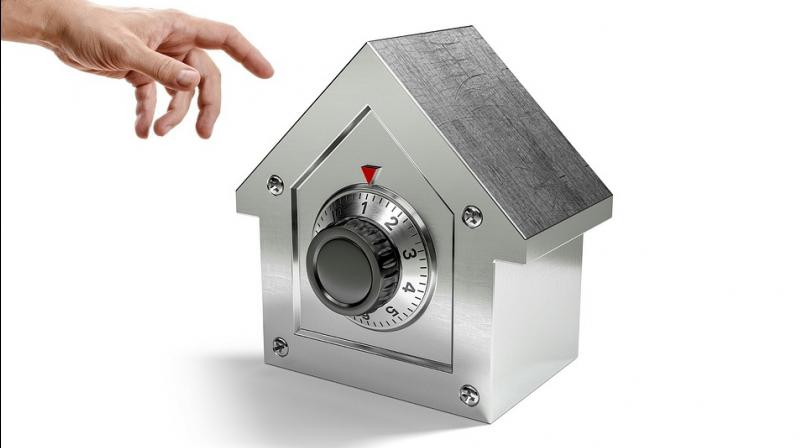 For decades, balancing one’s chequebook has been the cornerstone of personal finance for conscientious adults in the developed world. I remember when I first opened an account of my own in my college days I received a little booklet, the ubiquitous passbook, in which every deposit and withdrawal was acknowledged by the bank staff. I learnt that keeping track of the bank balance was the personal hygiene of finance, like brushing our financial teeth. The implicit message, not just for me but for everyone, was that the bank account was the locus of money management. All one’s main financial transactions would pass through it, and it would serve as a barometer of our financial health, evidencing not only income and expenses but also the level of solvency.

This philosophy has been the cornerstone of personal finance in all cultures. It has gained renewed importance in contemporary times. Governments and financial institutions in developing countries are taking active steps to integrate the uninitiated into the formal banking sector, not just for their business but also to open a window that will allow the development winds to touch their lives for the poor.

Financial services enable people to save and to responsibly borrow — allowing them to build their assets, invest in education and start and grow their own businesses. They provide them an opportunity to move out of poverty and protect themselves and their families from economic shocks which are more frequent and cruel for the poor. Financial tools enable people to move up and out of poverty by allowing them to meet their day-to-day financial needs, plan for and withstand shocks, and take the calculated risks that they need to better their lives.

The first time I was myself a part of this financial inclusion revolution was in the 1980s which was considered the purple phase of the social banking era. The bankers were part of a financial inclusion revolution that was far more vigorous than the one we see today. A wave of commercialisation put the brakes on this enthusiastic journey and a great mission was abandoned when it was on the cusp of efflorescence. The high-profit goals spurred bankers to design rabbit holes in which the poor would get trapped and lose their accounts. The introduction of penalties for failing to maintain minimum balances and or for failing to use an account led to the mass-scale demise of these small accounts of millions of poor clients. Without informing the poor customers of policy changes, the bankers sheared and denuded the accounts of their bank balances by applying penalties, finally knocking them off the bank ledgers altogether. It led to a huge stampede of financial casualties, an avalanche for most of those financially nascent in the banking planet, as their accounts were bulldozed by harsh penalties and evicted from bank’s financial system.

The World Bank Group has put forward an ambitious global goal to reach Universal Financial Access (UFA) by 2020. Both the government and the Reserve Bank have been making vigorous and creative efforts to strengthen financial inclusion. To address the banks’ concerns about non-viability of these customers, RBI designed the Basic Savings Bank Deposit Account (BSBDA), as a financial inclusion tool by removing all cost barriers (requiring no initial deposit or minimum balance) and guaranteeing limitless supply of this product and minimum common facilities such as no minimum balance, deposit and withdrawal of cash at bank branch and ATMs, receipt/credit of money through electronic payment channels, facility of providing ATM card.

Despite these efforts, people who wish to apply for an account continue to incur a range of costs, including the cost of travelling to bank branches, the cost of collecting documentation and various other monetary costs. Most applicants face a combination of these costs, and their cumulative impact may be enough to dissuade unbanked adults from applying.

The charging of penalty by banks for not maintaining a monthly average balance directly affects the poor in India, who are often unable to maintain the minimum balance because of their financial compulsions. These customers are being doubly burdened. On the one hand, the government is compelling citizens to open bank accounts and discouraging cash transactions while at the same time the customers are being penalised by the banks when they are not in a position to maintain this threshold. It is a classic case of the cart moving one step forward and two steps backwards.

The RBI-appointed Committee on Household Finance pointed out: “High transactions costs and bureaucratic impediments to efficient participation create a high ‘nuisance factor’ for households hoping to engage in formal financial markets.” Many cannot afford regular banks and many have dropped out of the banking system after getting burnt by its increasing hunger for fees and penalties, much of which focuses on people who least can afford it. Private banks prefer choosing to extract more money from those at the lower end of their customer base because these are not the questioning customers who are aware of their rights, many of the poor walk away rather than face this torrent of fees because they lack financial negotiating skills and knowledge. Excessive documentation requirements and the perception that financial institutions are “rich people’s clubs” are among the most persistent obstacles.

Many banks charge fees for a wide variety of reasons, from low balances to frequent withdrawals, driving those who can’t afford these steep fees out of the financial world, it is more of a financial apartheid. They also dinge you if you want a paper statement, or want to use an ATM from another bank. The stipulation of fees for even simple needs is another deterrent for the low-income users in joining the banking stream. In a latest salvo the tax authorities have decided to levy tax on transactions provided free by banks to its customers, signalling another route for shaving customers. All this is being done in the name of making the services sustainable.

Innovations in technology are enabling previously unbanked people to gain access to financial services at an unprecedented speed and scale. Microfinance institutions, banks, mobile operators and third-party providers are all leveraging the technologies to offer essential financial services at a lower cost than traditional banking allows. There are even new types of institutions emerging such as, agent networks, payment aggregators and others who are helping build out a more far-reaching and efficient digital finance ecosystem.

The issue is lot more nuanced than what we see today. Nuances change from culture to culture and consumer segment to consumer segment. Consumers will come into the formal financial sector and embrace the new opportunities and exert the effort to get into the new world only if they believe that by changing their behaviour, certain specific pains in their everyday lives will disappear.

The challenge of financial inclusion is to understand what works better for reaching underserved customers. It is about understanding what works and building on it. To harness the full potential of financial services, people with low incomes require products that cater to their contextual needs. Every individual is unique and women, in particular, may prefer more focus on savings rather than credit. In traditional societies too, no matter how oppressed women are or whatever their level of literacy, they are often the stewards of family savings. Melinda Gates, co-chairperson of the Gates Foundation once said: “When women have money in their hands and the authority to choose how to spend it, they grow in confidence and power by taking control of their economic future.”

Let us not forget the lessons of the past. The milestones which we have recorded in our financial inclusion journey should spur us forward with renewed vigour. We have already started reaping dividends and, instead of using the short lens, we must understand and appreciate the long-term benefits of financial inclusion. Many of our great initiatives have been aborted in the past by such faulty approaches. We can’t keep reinventing the wheel. That luxury is no longer affordable in this dynamic age.