Digvijaya Singh has tweeted photos of ambulances from Andhra Pradesh alleging that vehicles had been lying unused in Uttar Pradesh. 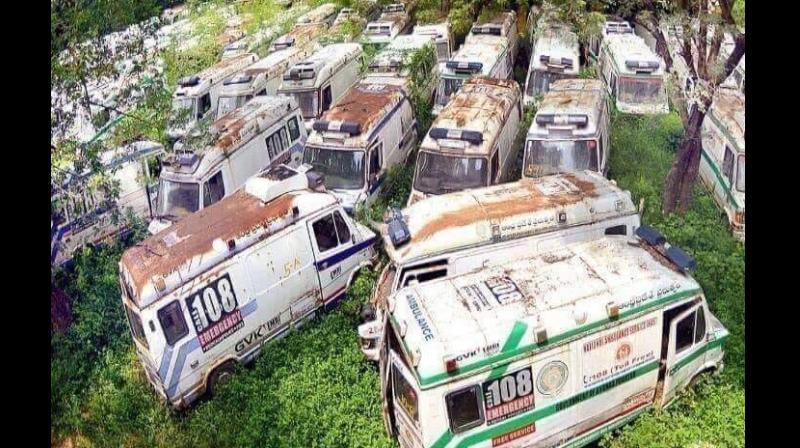 In no time, Twitter users pointed out that ambulances had words written in Telugu and brutally trolled the senior leader for sharing the image without verification. (Twitter | @digvijaya_28)

New Delhi: Senior Congress leader Digvijaya Singh became the talk on social media and has been roasted for posting photos of ambulances from Andhra Pradesh on Twitter alleging that the vehicles had been lying unused in Uttar Pradesh.

Digvijay Singh tweeted the image with a post saying, "Yogi ji, what have you done to Uttar Pradesh? The 102, 108 ambulances started by Akhilesh Yadav's government are rusting while the sick are being carried on carts."

The tweet was signed off by Rajat Yadav, who seems to have written the original post that the Congress leader had copied.

In no time, Twitter users pointed out that ambulances had words written in Telugu and brutally trolled the senior leader for sharing the image without verification.

"Is Telugu spoken in Uttar Pradesh, Diggy?" asked a user, another called him a "serial liar".