Both accused - Shivpujan Mahto and Vishal Kumar - have been arrested police said on Wednesday. 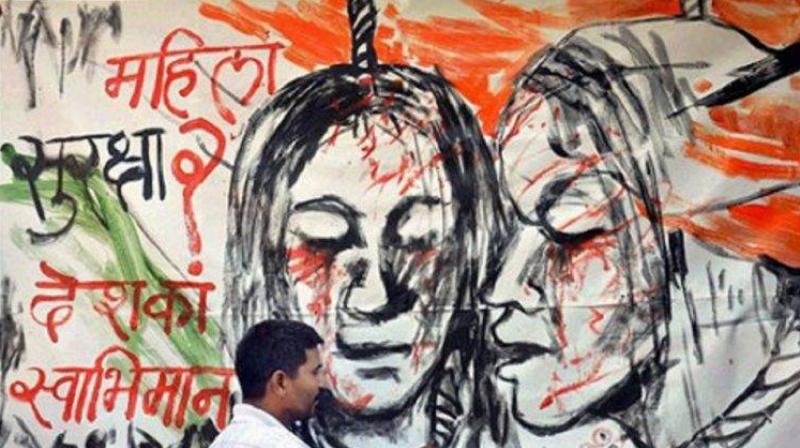 Police said, 'The woman is heard saying repeatedly that she is on a fast. She is saying ‘Brother, please spare me’, but the accused brushes away all her appeals and rapes her.' (Representational Image | PTI)

Patna: A 45-year-old woman taking bath in the Ganga at Simar Ghat at Barh was dragged out and raped on the riverbank on Monday and the assault was filmed by a friend of the rapist and later shared on social media.

Both accused - Shivpujan Mahto (who was seen in the video clip raping the woman) and Vishal Kumar (who recorded the act) - have been arrested police said on Wednesday.

The victim did not approach police out of fear of attacks by the accused, police were alerted after the video of the act went viral on social media on Tuesday.

In the video, Mahto is seen approaching the woman as she takes a bath and then drags her out and assaults her. She is seen pleading the two men to be spared, saying she was observing a fast for her children and asks them to consider the sanctity of the river Ganga, which she addresses as "mother". But the accused tell her to shut up and putting his hand over her mouth, continued to assault her.

“The woman is heard saying repeatedly that she is on a fast. She is saying ‘Brother, please spare me’, but the accused brushes away all her appeals and rapes her,” a police official said.

According to reports, it took police quite an effort to cajole the victim, a mother of two daughters and a son, to lodge a complaint. Her husband works in Delhi.

“We will ensure that a chargesheet is filed in this case at the earliest. We will also recommend this case for a speedy trial,” said Patna SSP Manu Maharaaj.