India   All India  04 Oct 2017  Throw out leaders who are out on bail: Modi to Himachal Pradesh
India, All India

Throw out leaders who are out on bail: Modi to Himachal Pradesh

In a sweeping swipe, he attacked Congress chief Sonia Gandhi and her son Rahul Gandhi along with chief minister Virbhadra Singh. 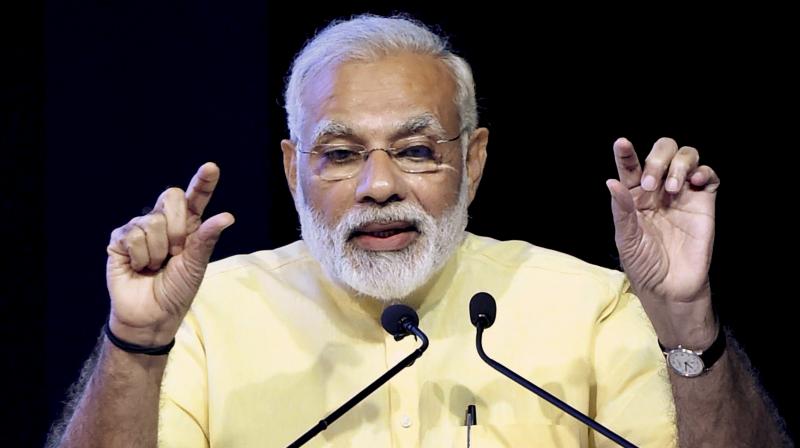 They are all “out on bail”, he said, and asked people to throw it out of power in the state as well.

In a sweeping swipe, he attacked Congress chief Sonia Gandhi and her son Rahul Gandhi along with chief minister Virbhadra Singh. The top Congress leadership was wary of taking action against Mr Singh as it too was “sailing in the same boat” he said.

“The entire family of the chief minister is facing corruption charges and is on bail. When I asked some Congress leaders why the chief minister was not being replaced, they said how could the party take action when its entire top leadership itself was on bail,” he said.

Asserting that no case of corruption had surfaced since the BJP-led NDA government came to power at the Centre three years ago, Mr Modi said till 2014, the newspapers were full of reports about scams, be it the Coalgate or the 2G scam, and asked the people of Himachal to “throw out the government on bail”.

Mr Modi was addressing the “Abhar” rally of the BJP here after laying the foundation of the All India Institute of Medical Sciences (AIIMS), in Bilaspur district’s Kothipura, Indian Institute of Information Technology (IIIT) in the Haroli constituency in Una and dedicating a steel processing plant at Kandrori in Kangra district online from the Water Sports Complex on the banks of the Gobind Sagar dam.

The saffron party, he said, is ready to take up the reins of power in the state and fulfil people’s dreams of a clean and efficient government.

The NDA government believes in development and currently 13 major projects, involving an investment of Rs 15,000 crore, are under implementation. These will accelerate economic activities and generate employment, the Prime Minister said.