Honeypreet arrested, likely to be produced in Panchkula court today

Honeypreet was arrested on Tuesday, on the highway near Chandigarh along with another woman. 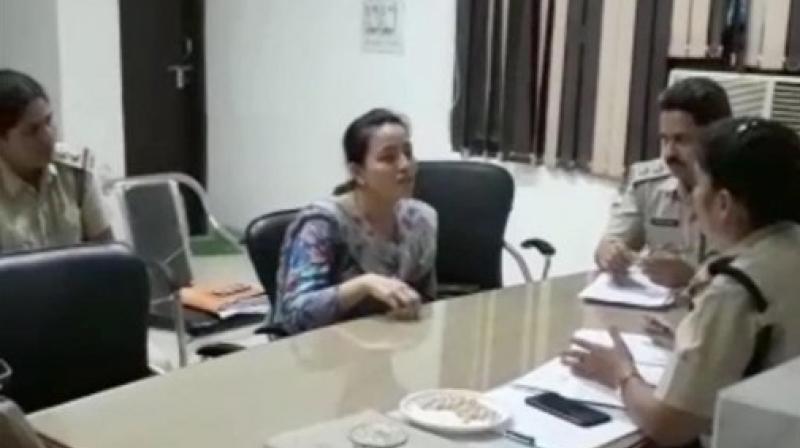 Honeypreet who was arrested from the Zirkapur-Patiala highway in Punjab while travelling in a Toyota Innova, at Haryana Police Station on Tuesday night. (Photo: PTI)

She was arrested on Tuesday, on the highway near Chandigarh along with another woman. At around 1:00 a.m, she was taken to the Civil Hospital in Panchkula, for a medical examination.

Earlier on Tuesday, reports had claimed that she would surrender in court after being on the run for over a month.

The Delhi High Court, on September 26, had rejected the transit anticipatory bail plea of Insaan.

For almost 40 days, Haryana Police had been tracking leads on Honeypreet in Uttar Pradesh, Punjab, Haryana and Rajasthan.

While talking to a news channel, on Monday, Honeypreet downplayed all allegations framed against her claiming that she and her foster father, Gurmeet Singh were innocent.

"I urge people to not believe in these hoax reports. Nothing which is being assumed about me and my father is true," she said.

She also criticised reports of her inciting riots in Sirsa and in other parts of Haryana and Punjab.

"I was in the chopper with papa (Ram Rahim) when he was being taken to jail. We were not even aware of any unrest. My movement was being monitored, how could I have instigated riots?," she had said.