Excise duty on petrol, diesel cut by Rs 2 a litre 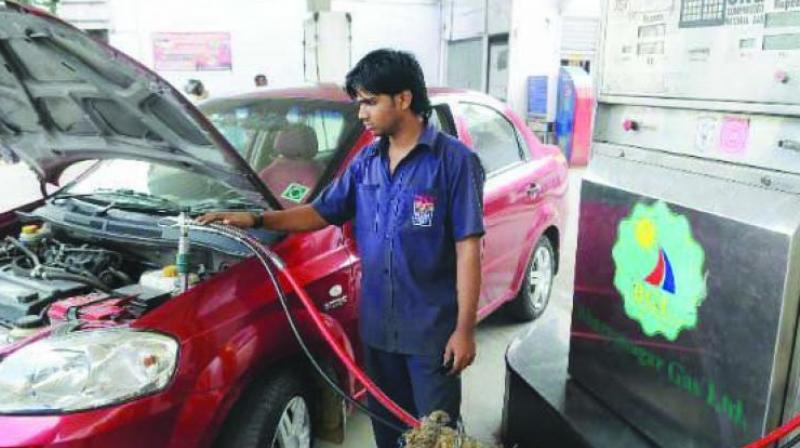 New Delhi: The government has reduced basic excise duty on petrol and diesel by Rs 2 per litre from Wednesday to give some relief to people from high fuel prices. The new rate will come into effect from midnight.

The government was under tremendous political pressure as fuel prices are hovering around three-year high despite international crude oil prices nearly half of what they were in 2014.

However, even after Tuesday’s announcement, excise duty on petrol will still be substantial at Rs 19.48 per litre and Rs 15.33 a litre on diesel.

“This decision has been taken by the government in order to cushion the impact of rising international prices of crude petroleum oil and petrol and diesel on retail sale prices of petrol and diesel as well as to protect the interest of common man,” the finance ministry said.

According to estimates, revenue loss on account of this reduction in excise duty will be about Rs 26,000 crore in a year, and about Rs 13,000 crore in the remaining part of the current financial year.

Finance ministry said that due to the increase in the international prices of petrol and diesel, during the last few weeks the retail selling prices (RSP) of petrol and diesel at Delhi have risen to Rs 70.83 a litre and Rs 59.07 per litre respectively.

Interestingly, the government decision to reduce excise duty on petrol and diesel comes a day ahead of the RBI meeting on interest rates and may be a signal to it that the government is trying to keep inflation under control. Analysts don’t expect the RBI to reduce interest rate this week due to fear that inflation is rising in the country.

The government had, between November 2014 and January 2016, raised excise duty on petrol and diesel on nine occasions to take away gains arising from plummeting international oil prices.