The derogatory comment angered people across the state and they demanded a public apology. 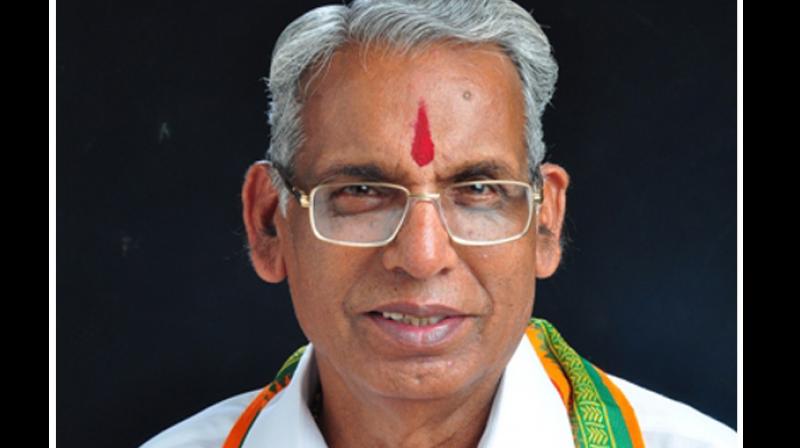 Raipur (Chhattisgarh): In an utterly sexist remark, Bharatiya Janata Party (BJP) MP from Korba, Banshilal Mahto said on Tuesday that girls from the state are 'tan-a-tan'. He was speaking at a public programme, when Mahato compared the girls from Mumbai and Kolkata to those in Chhattisgarh and made this shocking comment.

Mahato, who represents Korba in Lok Sabha, made the comment while he was speaking at a wrestling competition.

He said: "State sports minister Bhaiyalal Rajwade often tells me that now there is no need for girls from Mumbai and Kolkata. Turis (girls, in Chhattisgarhi dialect) from Korba and girls of Chhattisgarh are now becoming tan-a-tan."

The 77-year-old BJP MP's comment had triggered outrage across Chhattisgarh.

The derogatory comment angered people across the state and they demanded a public apology.

The Congress on Wednesday lashed out at the BJP MP over his comment, asserting that the people of the state demand a public apology and this statement reflects the shallow thinking of the ruling party.

Congress spokesperson Ramesh Warlyani said, "This statement reflects the shallow thinking of BJP leaders. This show that how much respect they have for women in the country. On one hand they talk about the 'Beti Bachao Beti Padao', while on the other they live with such a mentality. We demand a public apology from the MP Bansilal Mahato. This is condemnable. He has disappointed us".

"This kind of language is outrageous. He should be sent to jail for this remark. The whole community of women must raise their voice against this MP and I want Chhattisgarh government to take action against him," she said.