The state government has decided to rope in economists, experts to suggest measures to restore economy to a pre-pandemic level, sources said 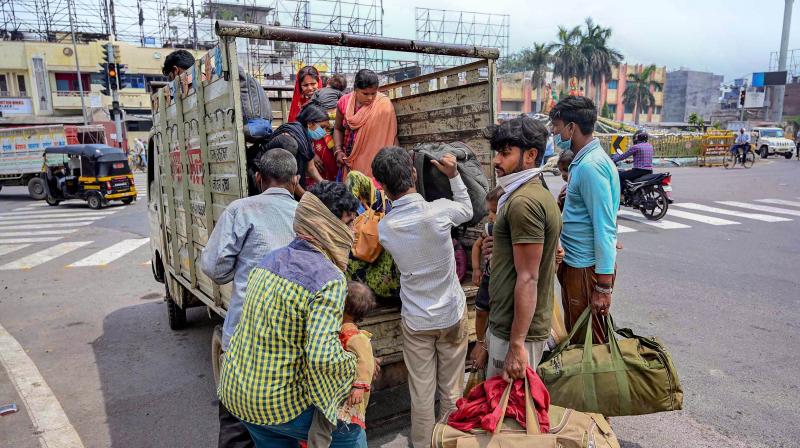 Government has decided to restore bus service in Bhopal on Thursday on a very limited scale. (PTI Photo)

Bhopal: Madhya Pradesh chief minister Shivraj Singh Chouhan on Thursday took several initiatives to revive economic activities, which has literally come to a standstill following pandemic-induced lockdowns in the last four and half months, even as the state reported record spike in deaths due to coronavirus as well as Covid-19 cases in the last 24 hours.

Accordingly, it has been decided to restore bus service in Bhopal on Thursday on a very limited scale.

Nine buses were allowed to ply on Thursday with e-ticket provisions. One third of seats in each bus are allowed to be filled up.

“More buses will be allowed to ply in the coming days after reviewing the situation periodically”, sources said.

The state government was also mulling to open ‘mandis’ (agriculture markets) in the state to give a boost to the agriculture sector.

Earlier, the state government has announced to lift lockdown on Sundays to put the economy back on track.

The state government has decided to rope in economists and experts to suggest measures to restore the economy to a pre-pandemic level, sources added.

Meanwhile, the state has reported a record 30 deaths due to coronavirus in the state 24 hours, the highest single day toll witnessed so far.

Similarly, the state has also recorded the biggest single day spike in coronavirus positive cases in the last 24 hours at 1672.

Barring Guna district, all other 51 districts in the state have recorded deaths due to coronavirus, indicating that the entire state is now under the grip of the pandemic.

The state has reported 68086 coronavirus positive cases and 1483 deaths as on Thursday.

The coronavirus positive cases in the state have almost doubled in the month of August.