In the letter, Baghel has sought Centres cooperation for effective implementation of the states strategies to eliminate Naxalism 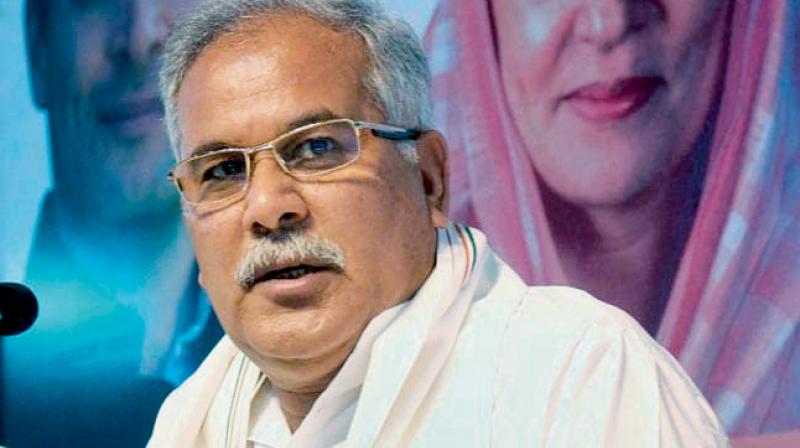 Raipur: Chhattisgarh Chief Minister Bhupesh Baghel on Friday asked the Centre to dispatch seven CRPF battalions, which were sanctioned for the state in 2018, for deployment to strengthen the fight against Naxal menace.

An official said, Baghel, in a letter to Union Home Minister Amit Shah, also sought installation of 1,028 mobile towers in Naxal-affected areas, which were already approved for the state, to improve telecom connectivity.

In the letter, Baghel has sought Centres cooperation for effective implementation of the states strategies to eliminate Naxalism, the public relations department official said.

The Union Home Ministry had allotted seven additional battalions of the Central Reserve Police Force (CRPF) for Chhattisgarh in 2018 and it was decided to deploy them in the worst Naxal-hit region of south Bastar, comprising Sukma and Bijapur districts, Baghel said in the letter.

A CRPF battalion consists of close to 1,000 personnel.

It has been learnt that 10 CRPF battalions have been removed from Jammu & Kashmir and in this case, providing the seven sanctioned battalions to the state immediately will help in effective implementation of anti-Naxal operations, he added.

According to CRPF officials, at present 33 battalions of the para-military force, including its elite unit, Commando Battalion for Resolute Action (CoBRA), are deployed in the state for counter-insurgency operations.

Baghel said as many as 1,028 mobile towers were earlier sanctioned for improving telecommunications in Naxal- affected districts for the state, for which locations have been finalised and details sent to the Ministry of Home Affairs (MHA).

These mobile towers will benefit common citizens as well as security forces, the chief minister said.

Besides, Baghel requested for organising a special recruitment rally by the Army for youths of Bastar.

Moreover, additional 'Bastariya' battalions of the Central Armed Police Forces can also be raised through which local youths can get employment, Baghel added.

Notably, in 2018, the CRPF had raised a specialised unit - Bastariya - which comprises youths from four districts badly affected by the Naxal menace.

Baghel urged Shah to consider undertaking construction of roads, bridges and culverts with pre-fabricated materials and advanced technology in the Bastar division to speed up infrastructure projects in the region.

Cooperation from the Centre will help the state get a decisive edge in the fight against Naxalism, the CM told the home minister, according to the official.