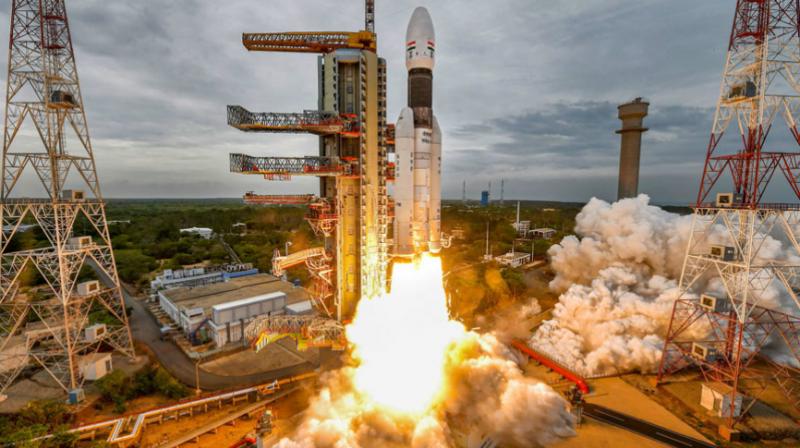 According to ISRO, the objective of Chandrayaan-2 is to develop and demonstrate the key technologies for end-to-end lunar mission capability, including soft-landing and roving on the lunar surface. (Photo: PTI | File)

Bengaluru: The Chandrayaan-2 mission has completed all its orbit manoeuvres around the moon and is ready to land close to the lunar south pole. All the orbit manoeuvres, including the lander separating from the orbiter, were performed with accuracy.

ISRO now aims to create history by making India the first nation to reach close to the moon’s south pole in its first attempt. The landing of Chandrayaan-2 is scheduled for September 7 between 01:40 am and 01:55 am.

On Wednesday morning, the second and final de-orbiting manoeuvre of the Chandrayaan-2 was successfully carried out. ISRO tweeted: "With this manoeuvre the required orbit for the Vikram Lander to commence it descent towards the surface of the Moon is achieved.”

The nine-second de-orbiting or retro-orbiting manoeuvre was executed at 3:42 am using the onboard propulsion system, the space agency said.

The first de-orbiting manoeuvre was carried 19 hours earlier when the lander 'Vikram' was separated from the Chandrayaan 2 orbiter.

According to ISRO, the objective of Chandrayaan-2 is to develop and demonstrate the key technologies for end-to-end lunar mission capability, including soft-landing and roving on the lunar surface.

On successful completion, it would make India the fourth country after Russia, the US and China to soft-land on the Moon.