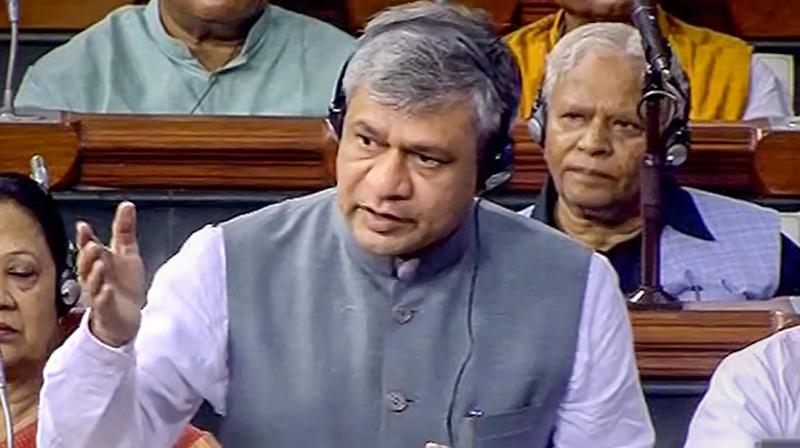 New Delhi: Government on Wednesday withdrew the Personal Data Protection Bill, 2021 from the Lok Sabha after a joint parliamentary committee suggested 81 changes to it. Government will now bring in a new comprehensive bill.

The Bill sought to establish a Data Protection Authority in the country for the protection of digital privacy of individuals.

Union electronics and information technology minister Ashwini Vaishnaw moved the motion for the withdrawal of the bill in Lok Sabha. He said, "The Data Protection Bill 2021 as reported by the Joint Committee may be withdrawn."

The House adopted the motion.

The minister later said that the Personal Data Protection Bill, 2019 was deliberated in great detail by the joint committee of Parliament (JCP) and 81 amendments were proposed and 12 recommendations were made towards a comprehensive legal framework on the digital ecosystem.

"JCP report on Personal Data protection bill had identified many issues that were relevant but beyond the scope of a modern Digital Privacy law," tweeted minister of state for electronics and information technology Rajeev Chandrasekhar.

He said that the bill will be soon replaced by a comprehensive framework of global standard laws, including digital privacy laws for contemporary and future challenges.

The Bill was introduced in the Lok Sabha on December 11, 2019 by then Union minister Ravi Shankar Prasad. However, it had faced stiff resistance from the Opposition parties who alleged that the bill violated fundamental rights of citizens and gave government powers to access personal data of individuals.

The Bill sought to create a framework for organisational and technical measures in the processing of data, to lay down norms for social media platforms, cross-border transfer, accountability of entities processing data, remedies for unauthorised and harmful processing and to ensure the interest and security of the state.