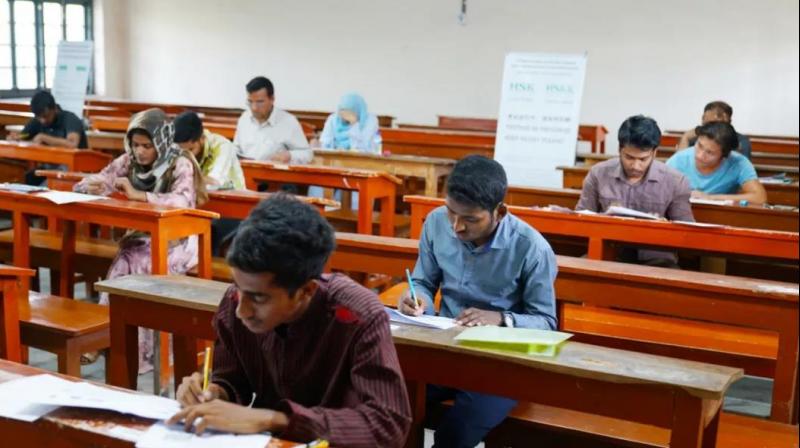 Students take a Mandarin test at one of the centres. (Facebook)

New Delhi: An upset China on Tuesday asked India to "avoid politicising normal cooperation" in the education sector and to "treat Confucius Institutes and China-India higher education cooperation in an objective and fair manner".

The latest Chinese reaction is in response to media reports that the Indian Government is reviewing the activities undertaken by the Confucius Centre at various Indian universities.

The Confucius Centres — named after ancient Chinese philosopher Confucius — have reportedly been established across the world with Beijing’s assistance as centres to propagate Chinese culture and Mandarin (Chinese) language-learning.

The latest controversy is also being seen as yet more evidence of the current downturn in Sino-Indian ties following the deadly clash between Indian and Chinese troops at the Galwan Valley in the Ladakh sector in mid-June. The two sides are still in prolonged talks to ensure military de-escalation amid reports that Beijing is reluctant to pull back its troops from certain areas in the Ladakh sector.

The Chinese Embassy noted that Chinese language teaching has been growing in India due to the increasing economic, trade and cultural exchanges between China and India, adding that both nations have been co-operating on Confucius Institute Project for over a decade.

"All Confucius Institutes were established by the Chinese and Indian universities after signing legally binding cooperation agreement in accordance with the principles of mutual respect, friendly consultation, equality and mutual benefit, and on the premise that the Indian side applied voluntarily and met the conditions for running the Institute," the Embassy said.