Venkitaraman had been remanded to 14 days judicial custody at around 10.30 pm on Saturday night. 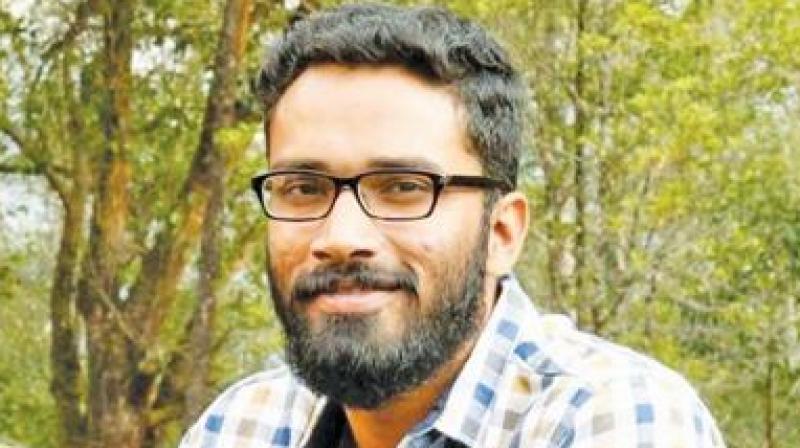 The 33-year-old IAS officer, who was appointed Survey Director by the state cabinet on Thursday, was arrested under Section 279 of the IPC. (Photo: File)

Thiruvananthapuram: IAS officer Sriram Venkitaraman, who was arrested after a car driven by him allegedly in an inebriated state, mowed down a journalist, continues to be in a private hospital under police surveillance here.

Venkitaraman had been remanded to 14 days judicial custody at around 10.30 pm on Saturday night by a Judicial First Class magistrate who visited him at the KIMS hospital. A police officer on Sunday told PTI that Venkitaraman's left hand was in plaster due to the accident and a three-member police team was posted outside his room in the hospital.

The accused officer's blood sample has already been sent for chemical examination to ascertain if he had consumed liquor while driving the car which had killed 35-year-old journalist, K Mohammed Basheer, Bureau chief of the local Malayalam daily 'Siraj'.

The 33-year-old IAS officer, who was appointed Survey Director by the state cabinet on Thursday, was arrested under Section 279 (Rash driving on a public way) and 304 (punishment for culpable homicide not amounting to murder) of the Indian Penal Code.

Meanwhile, Chief Minister Pinarayi Vijayan said the government would not protect anyone who has gone against the law, irrespective of the position he holds. "Everyone is equal before justice and law," Vijayan said addressing a passing out parade of women cadets at Thrissur. The accused person's position or rank will not be a hindrance for police to take any action, he said.

The official, who has been charged under a non-bailable offence, could serve imprisonment up to 10 years, IGP and Thiruvananthapuram city police commissioner Dhinendra Kashyap told PTI.

Venkitaraman, also a Medical doctor and Fullbright Fellow, allegedly drove his car rashly and hit the stationary motorcycle of Basheer (35) at a road in the heart of the city as he was returning home from work. The IAS officer had just days before returned to Kerala after completing a Master of Public Health Programme at Harvard University in the US.

Venkitaraman was reportedly returning after attending a private party in a club in a posh area of the capital city and driving the car.

His woman friend Wafa Firoze, a model and the wife of a Dubai-based businessman, and the car owner, was also in the vehicle at the time of the mishap. Police took nearly nine hours to collect the blood sample of the officer for medical examination, drawing severe criticism from the media. This was despite eye witnesses accounts that Venkitaraman was found drunk behind the wheel.