Death does not come on its own: Bihar Minister on flood toll 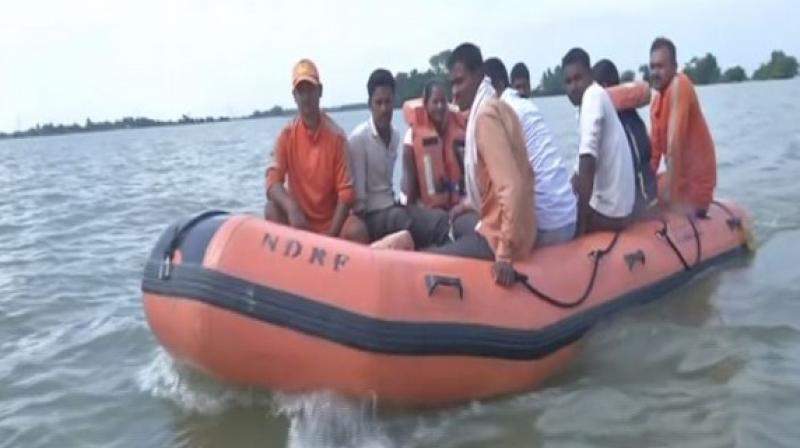 He also said that Bihar is the only state where the government gives Rs 4 lakh to the kin of people who died due to floods. (Photo: ANI)

Kishanganj: Disaster Management Minister Laxmeshwar Rai on Saturday sought to downplay the number of deaths in the state due to floods and rather made a philosophical comment on the issue.

"Deaths are deaths. It does not come on its own. There have to be some reasons," he said here.

He also said that Bihar is the only state where the government gives Rs 4 lakh to the kin of people who died due to floods.

The minister asserted that the government was making all efforts for relief and rehabilitation of the flood-affected people.

He claimed that the government has reached every village with relief materials.

Over 134 people have lost their lives as floods wreaked havoc in multiple districts of Bihar.

Around 1.25 lakh people have been evacuated from affected areas in the state so far. However, 1,243 villages in Bihar are still reeling under the calamity.