'The protest would be a ‘non-political event’ despite the presence of top Opposition leaders,' Tejaswi Yadav said. 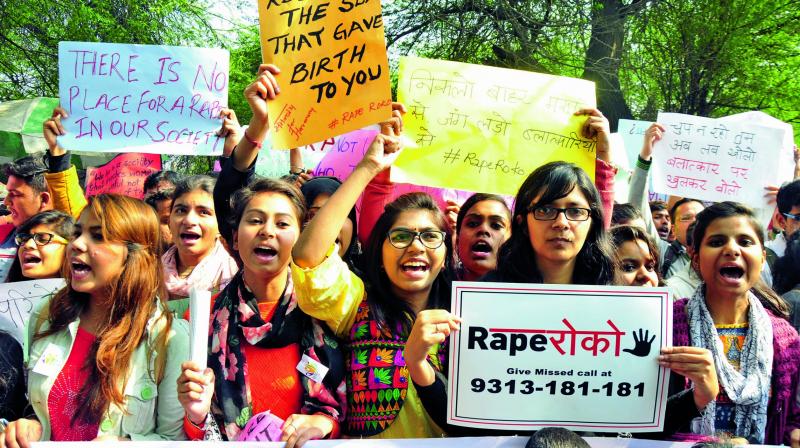 Apart from the rally, a candle march will also be taken out.  (Photo: File)

New Delhi: The political battle is all set to intensify as the Rashtriya Janata Dal (RJD) gears up for protest rally with other opposition parties at Jantar Mantar in New Delhi on Saturday over sexual abuse of girls at Muzaffarpur shelter home. Apart from the rally, a candle march will also be taken out.

RJD leader Tejaswi Prasad Yadav who left on Friday for New Delhi said, “The protest would be a ‘non-political event’ despite the presence of top Opposition leaders.”

“Congress president Rahul Gandhi and Delhi chief minister Arvind Kejriwal have confirmed their participation in the demonstration because the incident has shaken them as well. Dinesh Trivedi from the Trinamool Congress, Dharmendra Yadav from the Samajwadi Party and Satish Chandra Mishra from the Bahujan Samaj Party will also be there, along with civil society workers, human rights activists and representatives of all major political parties,” he said.

Tejaswi, raising serious concerns over the safety of girls wrote a letter to Bihar Chief Minister Nitish Kumar. “Having seven sisters, it pains me to even imagine what the little girls at the shelter home were forced to undergo. It is a most shameful incident. When we raised it in the assembly, the government tried to mislead the house. Were they not Bihar’s daughters? Has our conscience died? Whatever happened to the girls amounted to a betrayal of their trust, given that they were promised protection there. What they got in return was physical, mental and sexual torture. The culprits should be hanged once their guilt is established in court,” he wrote.

Tejaswi said condemnation issued by the chief minister on Muzaffarpur shelter case wasn’t enough. He questioned that why Brajesh Thakur, prime accused in the case running all kind of shelter homes and getting funds from the governments. Yadav added that the scandal has exposed ‘social reforms’ agenda of Nitish Kumar government.

Questioning the role of the police, RJD leader wondered as to how a girl can disappear mysteriously from a government-funded shelter home. The police and the government should have ensured care and protection in such sensitive cases. He also alleged that there are reports the shelter home is also run by a wife of a person close to senior JD(U) member. The situation can’t get any worse than this and the manner in which everyone tried to keep the matter under wraps is the beginning of the deep-rooted conspiracy.