Promises to raise the issue in Parliament. 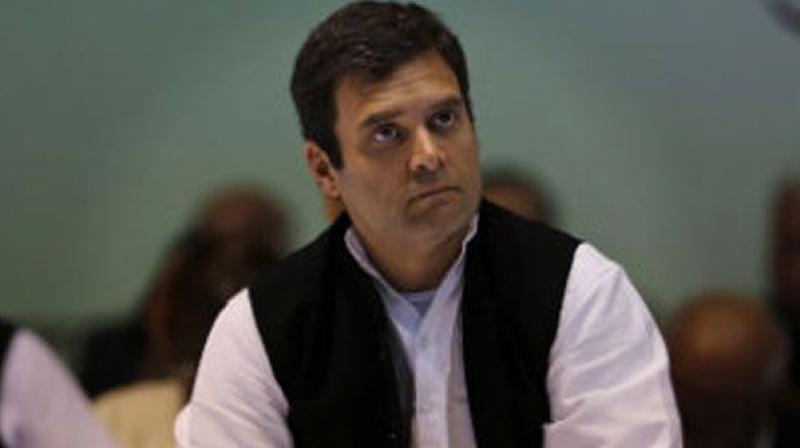 Guwahati: Congress vice-president Rahul Gandhi on Thursday visited the worst flood-hit district of North Lakhimpur in Assam, and assured the victims to raise the matter in Parliament.

Mr Gandhi, who was on his way to Silchar in Barrak Valley to attend the funeral of veteran Congress leader Santosh Mohan Dev, landed at the North Lakhimpur airport, where Leader of Opposition in the Assam Assembly, Debabrata Saikia, and other senior Congress leaders received him.

Mr Gandhi took a country-boat to cross over the stream of a river to meet the flood victims. He also went to see the houses ravaged by floods in nearby villages.

He said that it is the victims’ right to get compensation and if needed the Congress party will fight on their behalf. “Apka hak banta hai, apko compensation milna chahiye, aapki ladai hum ladenge (it is your right to get the compensation, we’ll fight for you).”

However, some of the flood victims, who were waiting for Mr Gandhi, expressed their unhappiness for not being able to interact with them. “We were waiting for him for so long but he left without talking to us. Even the Assam Governor, who visited us, heard our grievances but Mr Gandhi could not spare even five minutes to listen to our grievances,” said angry women folks to local television reporters.

Earlier, former chief minister Tarun Gogoi alleged the state government has failed to present the real picture of the damage caused by the floods in Assam. “For the Ganga Rejuvenation Project, the NDA government has allocated Rs 20,000 crore package but for entire northeastern states, Prime Minister announced a package of Rs 2,000 crore only,” said Mr Gogoi.