Deputy chief of mission in the Chinese embassy Liu Jinsong warns India of ‘serious consequences’ if it did not pull out all troops from Doklam. 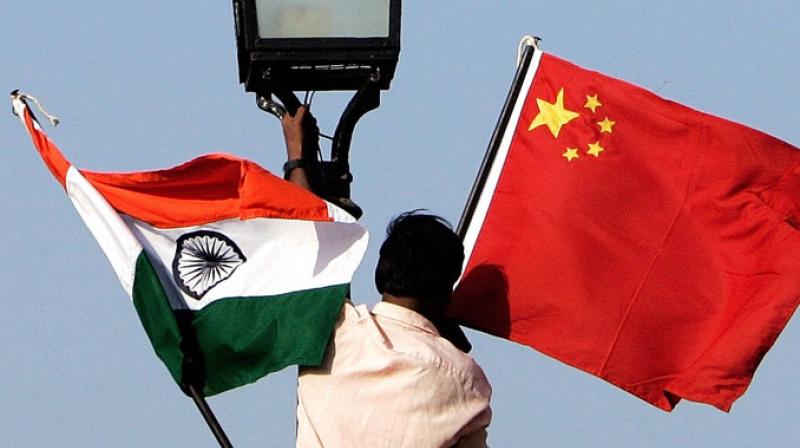 New Delhi: China continued its attack on India over the border standoff on Wednesday with the deputy chief of mission in the Chinese embassy here, Liu Jinsong, calling the deployment of Indian troops at Doklam as a “risky and indisciplined move”.

He warned India of “serious consequences” if it did not pull out all troops from Doklam, adding that New Delhi must “pullback its legs” (boots on the ground). The senior diplomat said the current number of Indian troops in Doklam is 48, a claim denied by India which has maintained that 350 soldiers were still digging their heels in.

“We don’t want Indian troops in Doklam for a single day, not even for a single hour. Your (India’s) legs are becoming too long. It is an indisciplined, risky and harmful move (by India),” Mr Liu said.

“There is no room for discussion except that India withdraws its troops. There should be no stalling tactics (by India) or any illusions. The wrong-doer must correct its actions,” said Mr Liu. He, however, maintained that China can deploy troops there as it is “Chinese territory”.

While the Chinese foreign ministry has been routinely lambasting India on the Doklam stand-off, the raising of the pitch by a senior Chinese diplomat in New Delhi is meant to serve as yet another stringent warning from Beijing.

Beijing said that it had notified New Delhi twice — on May 18 and June 8 — regarding road construction in the area out of goodwill but there was no response from India then.

Both India and Bhutan regard Doklam as Bhutanese territory but China refers to it as Dong Lang and claims it as its own. Indian and Chinese troops have been locked in a face-off at Doklam for the past about six weeks.

When asked about Bhutanese objections in an official statement on the Chinese road-construction, Mr Liu claimed that Bhutan had said they did not know about Indian troop movement in Bhutan whereas top Indian government sources maintained that Indian troops were deployed in Doklam only after Bhutan approached India for help in the wake of the Chinese move to construct a road.

The Chinese diplomat also hinted that Bhutan was not on the same page as India on the Doklam situation. He claimed that the Bhutanese reaction to the Doklam developments had been “slow” and that this was because Bhutan had been put in a difficult spot by India which, he said, was exerting undue pressure on it.

“At best, the difference in views are between Bhutan and China (on Doklam). What justification does India have (to intervene)?” asked Mr Liu.  The Chinese diplomat also maintained that the 1890 agreement between British India and China on the boundary between Sikkim (part of India) and Tibet (part of China) is binding on India.