India   All India  04 Aug 2017  Craving for easy money from graft is in human DNA
India, All India

Craving for easy money from graft is in human DNA

The case to verdict time frame of the case of Jayalalithaa, Sasikala & clan may have set a national record in this regard. 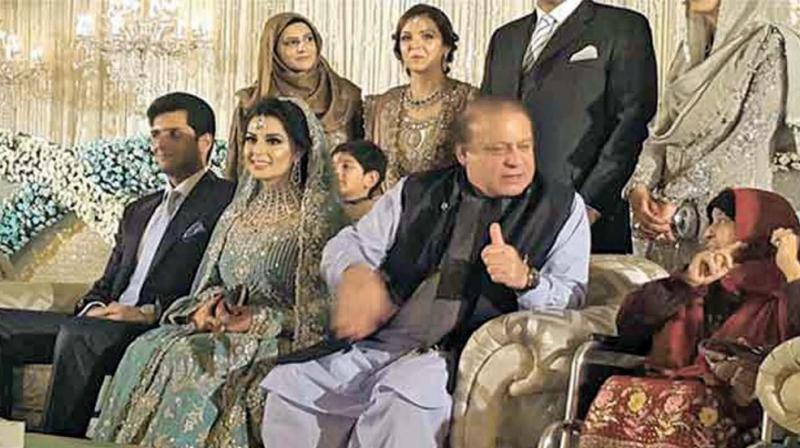 The Sharif family at a wedding in Pakistan

We should have been celebrating the week that has gone by as a milestone in the battle against corruption. This was a week in which the Lalu Yadav clan was unceremoniously denied a share of power in Bihar by the chief minister Nitish Kumar who seized an opportunity to ditch the family on the count of corruption. It was also the week in which Nawaz was found to be not so Sharif in the matter of graft and was ousted by a definitive judgment by the top court of Pakistan, which saw through the ruse of the Panama route of offshoring looted money.

Why there is no room for unalloyed delight and celebration is because, as in India, the Pakistan power game is played on the basis of dynastic politics with family rule taken to have been endorsed by the popular vote. And, soon enough, we will have Shahbaz at the helm in a slick manoeuvre by the ruling Sharifs of Punjab who have dominated Pakistan for several years while his son takes over in Punjab as CM. There isn't much to grumble in the Asian context as this family, dynasty and nepotism syndrome seems to have spread to the USA too where the Trumps are ensconced now in the White House, with the Trump Juniors on active national duty.

Conspicuous corruption has apparently come to stay in India. If not for Nitish bowling the googly at the Lalus, the latter would have continued to have had a free run of the state of Bihar, with the sons ready to take forward the legacy of the patriarch’s habit of putting his hands in the till and doing it brazenly with never a thought of shame or fear of getting caught. The way the Lalus have progressed - they came up from the most humble beginnings of accommodation in servants’ quarters in a college in Patna to send his wife straight from the cowshed in the CM’s home to the swearing-in when he was caught for graft the first time out - is a lesson management students can be taught.

“Should my sons wallow in poverty”, asked a wistful Lalu when the extent of properties and hotels was exposed to the public eye by the central investigators. “Political vendetta” by CBI, the caged parrot, is invariably the retaliatory cry. But how does one get a few thousand crores unless you are as inventive as Bill Gates, Jeff Bezos or Mark Zuckerberg and give the world something new or you were a wizard of investment like sage of Omaha, Warren Buffet? The cowsheds of Bihar don't offer such great opportunities like the new economy, maybe a few litres of milk and the only route to advancement is to present palms that can easily be greased.

Maybe, graft is in the DNA of human beings.  The urge is certainly well stamped in the DNA of Indians, to the extent of leading the world in the matter of institutionalised corruption.  It could be said the Indians have mastered the art. And aided by the slowness of the investigations and the even more expansive time frame of prosecution and the delivering of verdicts, the corrupt could be free for years before they may have to count bars. The case to verdict time frame of the case of Jayalalithaa, Sasikala & clan may have set a national record in this regard.

Lalu’s fodder case may have been quicker to the verdict but then Lalu has enjoyed the freedom of fresh air and mighty proxy politics through his progeny while being technically out on bail. The extensive TV interviews in the wake of the Bihar turn of events would not have been possible had he been inside a la Sasikala. They love his earthy drawl so much that he gets played for hours on TV, the wisdom on offer from a once social reformer who lost his way when the riches may have started coming in his direction. However, beyond family, there was little said that had any pan-Bihar relevance. But such is the state of our politics that it is all about the leaders, even if they are charged with massive corruption.

Life in Pakistan was never salutary in the moral sense and yet they have had at least one set of top court judges who could not be bought. Those judges have sent the most influential of modern Pakistani leaders packing on the simple law stipulating that every MP must be “honest and sincere”. Most peculiarly, this law was drafted by the dictator Zia-ul-Haq. In any case, not one Pakistani PM has served his full term since the nation was founded. But, usually, it would be military coups or assassinations that would deny them. Sharif falls to graft with money rather than the military doing him in. That is why the graft fighters may be smiling just a little bit.