He also stressed that if necessary, changes should be made in rules so that the medical community can be awarded the highest civilian award 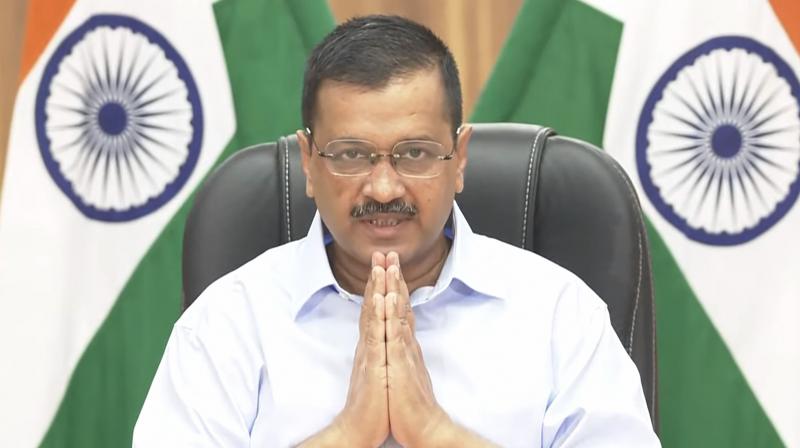 New Delhi: Delhi Chief Minister Arvind Kejriwal on Sunday wrote a letter to Prime Minister Narendra Modi, seeking that the country's highest civilian award Bharat Ratna should be given this year to all doctors, nurses and paramedics who served the people amid the pandemic.

It will be a true homage to doctors who lost their lives, he said.

In the letter to the prime minister, Kejriwal said this year's Bharat Ratna should be conferred upon doctors, nurses and paramedics.

"Many doctors and nurses sacrificed their lives fighting Corona. If we honour them with Bharat Ratna then it will be a true tribute to them.Lakhs of doctors and nurses served people selflessly without worrying about their lives and families. There can be no other better way (than honouring them with Bharat Ratna) to thank and honour them," he wrote in the letter in Hindi.

He also stressed that if necessary changes should be made in rules so that the medical community can be awarded the highest civilian award.

"If rules do not permit to confer Bharat Ratna on a group, then I request you to change rules. Entire country is grateful towards our doctors. Every citizen of the country will be happy if they (doctors) are honoured with Bharat Ratna," Kejriwal appealed to the PM in the letter.

Earlier in the day, the chief minister has also tweeted on the same matter.

"The 'Indian Doctor' should receive Bharat Ratna this year. 'Indian Doctor' means all doctors, nurses and paramedics. It will be a true homage to all martyred doctors. It will be an honour of those who have been serving without caring for their lives and families. The whole country will be glad at this," Kejriwal had said in a tweet in Hindi.

As many as 730 doctors have succumbed to coronavirus infection during the second wave, according to data available by the Indian Medical Association (IMA) in mid-June.

According to the IMA, 748 doctors died in the first wave of the pandemic.