'Nikhil Kumaraswamy will be the new youth wing president of the party,' said HD Deve Gowda. 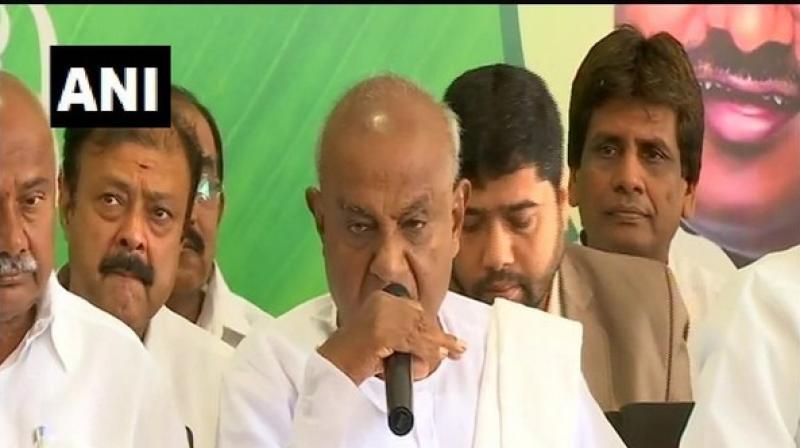 Bengaluru: In a fresh turn of events, Janata Dal (Secular) on Thursday elected H K Kumaraswamy as its new president for Karnataka and Madhu Bangarappa as the working president. The post became vacant after A H Vishwanath stepped down after the Lok Sabha polls debacle.

"Last week I said questions might arise that your family dynasty continues, but this came as a shock for me. I was really surprised when HD Deve Gowda Ji took this call. I am looking forward to work for the party," said Nikhil Kumaraswamy while speaking to media.