The high court, however, ordered the authorities concerned to make alternative arrangement for the family for at leastthree months. 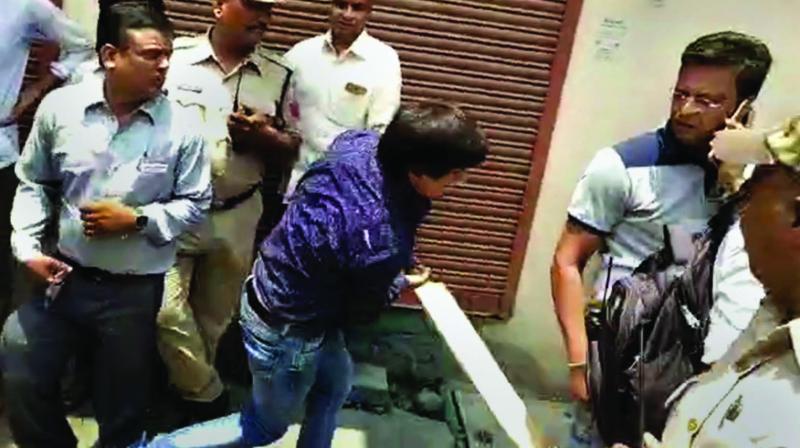 Bhopal: The Madhya Pradesh high court has put its stamp of approval on the local municipal corporation’s decision to demolish the house in Indore city that made BJP MLA Akash Vijayvargiya flaunt his cricket bat to scare away the anti-encroachment squad of the civic body recently.

The single bench of the high court, headed by Justice Rohit Arya, on Tuesday evening dismissed a petition seeking stay on demolition of the house and said, “The Indore Municipal Corporation’s bid to dismantle the dilapidated house is in a larger interest, so I will not intervene”.

The family, which faced displacement by the municipal body’s move to demolish the house, had moved the high court pleading its intervention in the matter to stop the demolition.

The high court, however, ordered the authorities concerned to make alternative arrangement for the family for at leastthree months.

The first-time MLA, son of BJP general secretary in-charge of West Bengal Kailash Vijayvargiya, had created a flutter by chasing and then beating the civic body officer heading the anti-encroachment squad with a cricket bat last week.

The incident, which landed him in jail, had sparked national outrage leading Prime Minister Narendra Modi to give a call for “expulsion of such people” from the party.

Vijayvargiya Junior was greeted with celebratory firing by his followers, when he was released fr-om jail on bail on Monday, triggering another controversy.