The reaction of Air India Express and GoAir to the DGCA action is awaited. 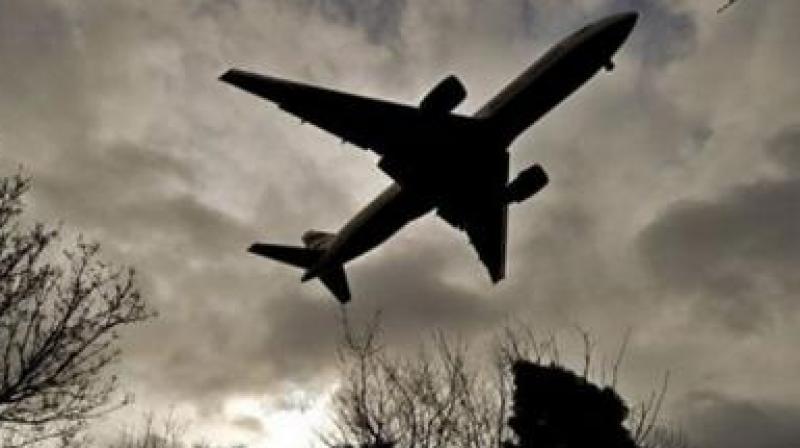 On June 30, another SpiceJet plane from Bhopal veered off the runway at Surat airport due to heavy rainfall and wind. (Photo: Representational)

New Delhi: Aviation regulator DGCA has grounded 12 pilots and served show-cause notices to them after the six recent cases of aircraft veering off runway or taxiway, a senior official said on Thursday.

SpiceJet, Air India Express and GoAir have been involved in three, two and one such incidents, respectively, in the past few days, prompting the Directorate General of Civil Aviation (DGCA) to take action against the 12 pilots.

The action comes even as the main runway at the Mumbai airport remained shut after a SpiceJet plane from Jaipur veered off it while landing amidst heavy rains on Monday night and got stuck in the adjacent grass area.

On June 30, another SpiceJet plane from Bhopal veered off the runway at Surat airport due to heavy rainfall and wind.

A SpiceJet spokesperson told PTI that the "pilots involved in both incidents -- which happened in Mumbai and Surat -- have been suspended as per the directions of the DGCA".

On July 2, another SpiceJet plane veered off its path on the runway while landing at Kolkata airport, damaging four lights. On the same day, an Air India Express flight coming from Dammam had a tail strike while landing at Calicut airport.

Another Air India Express flight veered off the taxiway after landing and got stuck in soft ground at the Mangalore airport on June 30. On the same day, a GoAir flight coming from Bengaluru had a tail strike while landing at Ranchi airport.

The reaction of Air India Express and GoAir to the DGCA action is awaited.