The two countries will sign agreements to deepen cooperation on state-of-the-art technologies in the space sector. 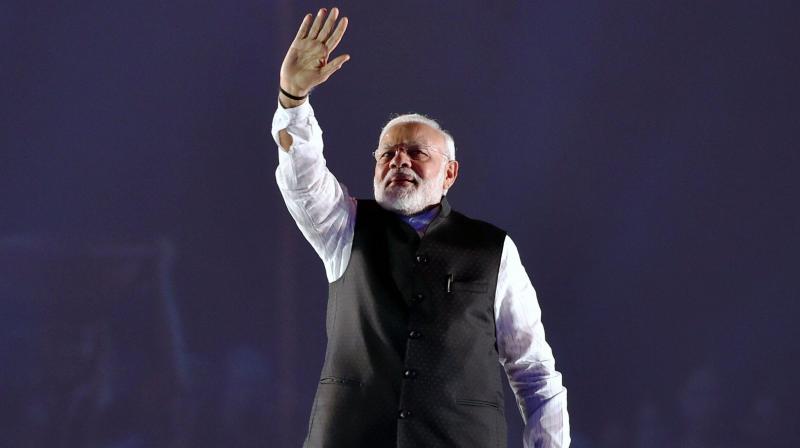 New Delhi/Jerusalem: On the eve of his historic visit to Israel, the first-ever by an Indian Prime Minister, Narendra Modi described India’s ties with Israel as “special” on Monday, and said that his visit would “lead to further cementing” of bilateral ties and cooperation in key areas, including counter-terrorism.

In an interview to the pro-government daily Israel Hayom, Mr Modi was quoted by news agencies as saying that his visit was “based on the deep centuries-old connection between our two peoples.” He further said, “I share the opinion of many of my people, who see Israel as a beacon of technology, as a country that has managed to survive even though the odds were against it.”

Mr Modi will embark on his three-day visit to Israel from Tuesday. He will be received by his Israeli counterpart Benjamin Netanyahu at the airport, along with a “top protocol team” comprising Israelis from various fields, including rabbis. This is a special gesture that is usually only accorded to the Pope or the US President.

India has acquired weaponry worth billions of dollars from Israel in the past decade. The two countries will sign agreements to deepen cooperation on state-of-the-art technologies in the space sector. India will also be opening a cultural centre in Israel, the announcement regarding which is to be made during the visit of Mr Modi, deputy director general of Israel’s foreign ministry Mark Sofer told reporters on Monday.

In a message ahead of the visit from New Delhi, Mr Modi said, “I will be visiting Israel on 4-6 July, 2017, upon invitation of Prime Minister Benjamin Netanyahu... I look forward to holding extensive talks with my friend, @IsraeliPM @netanyahu, who shares a commitment for vibrant India-Israel ties... From boosting economic ties to furthering people-to-people interactions, my Israel visit has a wide range of programmes. As the first Indian Prime Minister to do so, I am greatly looking forward to this unprecedented visit that will bring our two countries and people closer. This year, India and Israel are marking 25 years of our diplomatic relations.”

He further said, “I will have in-depth talks with Prime Minister Netanyahu on the full spectrum of our partnership and strengthening it in diverse fields for mutual benefit. We will also have the chance to discuss major common challenges like terrorism. I will meet President Reuven Rivlin  who I had the pleasure of receiving in New Delhi in November last year, as well as other senior leaders. My programme during the visit gives me an opportunity to engage with a cross-section of Israeli society. I am particularly looking forward to interacting with the large vibrant Indian diaspora in Israel that represents an enduring link between our two peoples.”

PM Modi also said, “On the economic side, I will join with leading Indian and Israeli CEOs and start-ups to discuss our shared priority of expanding business and investment collaboration on the ground. In addition, I hope to get insights into Israel’s accomplishments in technology and innovation through on-site visits. During my stay, I will visit the Yad Vashem Memorial Museum to honour the memory of the victims of the holocaust that counts among the greatest tragedies in human history. Later, I will also pay my respects to the courageous Indian soldiers who laid down their lives during the liberation of Haifa in 1918.”

The P.V. Narasimha Rao had taken the gigantic foreign policy leap of establishing full-fledged diplomatic ties with Israel on January 29, 1992. But it around the turn of the Century during the earlier NDA Government led by Atal Behari Vajpayee that ties really began to take-off. In 2003, the then Israeli PM Ariel Sharon visited India in a landmark visit. President Pranab Mukherjee visited Israel in 2015. Israeli President Reuven Rivlin visited India last year.