The ministry officials also claimed that it was the discretion of the Centre as to which paramilitary needs to be deployed. 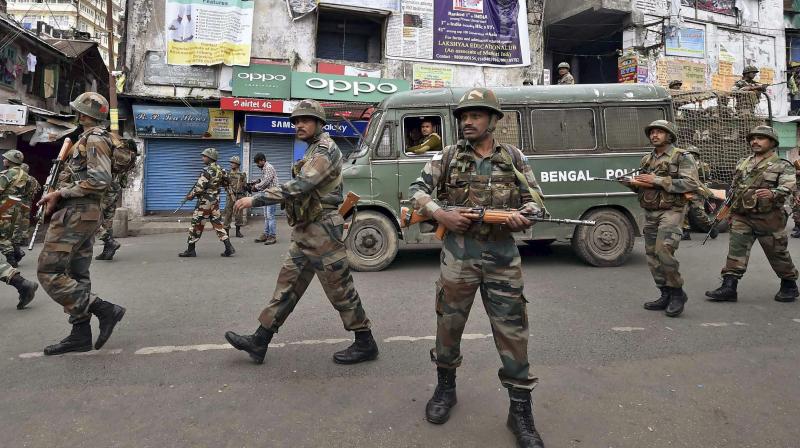 New Delhi: The Union home ministry has asked West Bengal government to submit a fresh report on the situation in Darjeeling in wake of a request from the latter to withdraw a contingent of 100 women paramilitary forces and replace the SSB with CRPF in the hill district.

The Centre wants the state to give detailed reasons for the move and also an update on the prevailing law and order situation in Darjeeling which has been witnessing largescale agitation for almost a month now. This is the second such report sought by the home ministry from the state.

Ministry sources had described the previous report sent by the Mamata regime as “incomplete”, saying it failed to give a detailed account of the violence, reasons for it and what step had been initiated by the state government to contain it.

The Bengal government, in its first report to the home ministry, had claimed that agitators had links with Northeast militant groups and were deliberately trying to disrupt peace in the region.

In a recent communication to the Centre, the state has requested that the CRPF’s women contingent should be withdrawn and instead replaced with men. Describing the request as “inappropriate”, ministry sources said they were examining the issues flagged by the state government.

The ministry officials also claimed that it was the discretion of the Centre as to which paramilitary needs to be deployed, depending on the availability and logistics and that the state government cannot give choice as to which Central force it requires. “The Central paramilitary forces are deployed on basis of a number of factors like which force is easily available and can be immediately rushed to contain the situation. It is still not clear as to why the West Bengal administration wants SSB to be replaced by CRPF,” a senior official said.