The Nipah virus had claimed 17 lives -- 14 in Kozhikode and three in neighbouring Malappuram in May last year. 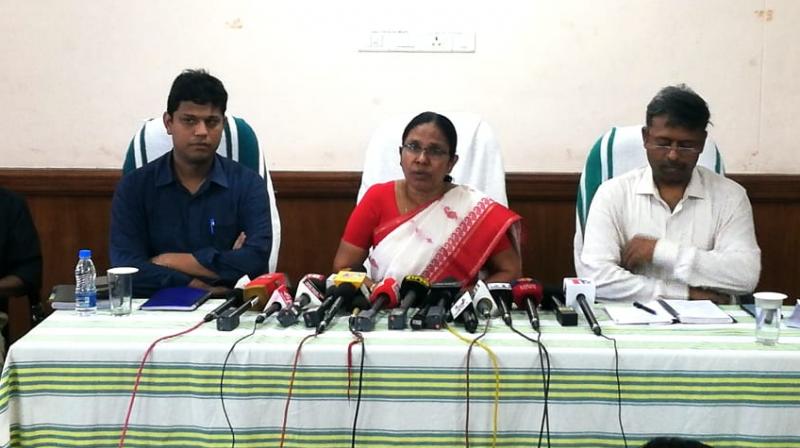 Kochi: A 23-year-old college student here has been confirmed to be infected with the Nipah virus while 86 others are under medical observation, Kerala Health Minister K K Shailaja Tuesday said.

Shailaja said the condition of the student, who is being treated at a private hospital here, is stable and he was not put under any support system like ventilator.

"Good care is being given to the patient. The patient sometimes become restless due to fever...We expect a good result," she said.

The minister further said a list of 86 people who have interacted with the student has been prepared and they were under medical observation. Out of the 86, two are suffering from fever and one has been shifted to the isolation ward set up at the Kalamassery Medical College Hospital here, she added. Two nurses, who had initially attended to the patient, complained of sore throat and fever and they are also under observation of the health department. The Minister urged people not to panic and take precautionary measures to prevent the spread of the disease.

"We have confidence that we can face it. We have faced it in Kozhikode last year and contained it," she said trying to instil confidence among people. Appealing to social media users not to spread panic among the public, she said stringent action would be taken against those indulging in such acts.

Union Health Minister Harsh Vardhan has given an assurance that an anti-NiV drug developed in Australia would be provided to the state to deal with the disease, she noted. Fruit bats of the Pteropodidae family are the natural host of the Nipah virus. Nipah virus can be transmitted to humans from animals (such as bats or pigs), or contaminated foods and can also be transmitted directly from human-to-human.

Medical experts from Kozhikode have already reached Kochi and there were enough medicines and medical equipment to deal with the situation, she said.

A control room has been opened in Ernakulam district headquarters. Health authorities in Thrissur had said the student, who was suffering from fever, had sought medical assistance at two private hospitals in that city when he had come to Kochi for a training programme recently as part of his course. The infected student from Ernakulam district is studying in Thodupuzha in Idukki district.

Officials said the family and neighbours of the young man were also under observation. On May 19, 2018, Nipah virus disease (NiV) outbreak was reported from Kozhikode in Malappuram district.

As per state government figures, the Nipah virus had claimed 17 lives -- 14 in Kozhikode and three in neighbouring Malappuram in May last year According to the WHO, Nipah virus is a newly emerging disease that can be transmitted from its reservoir (natural wildlife host), the flying foxes (fruit bats), to both animals and humans. It takes its name from Sungai Nipah, a village in Malaysia where it was first identified.

Some people can also experience atypical pneumonia and severe respiratory problems, including acute respiratory distress. Encephalitis and seizures occur in severe cases, progressing to coma within 24 to 48 hours.