The circular read: any attire, which is unacceptable in public society, can't be allowed, even in the name of modernity or religious ritual. 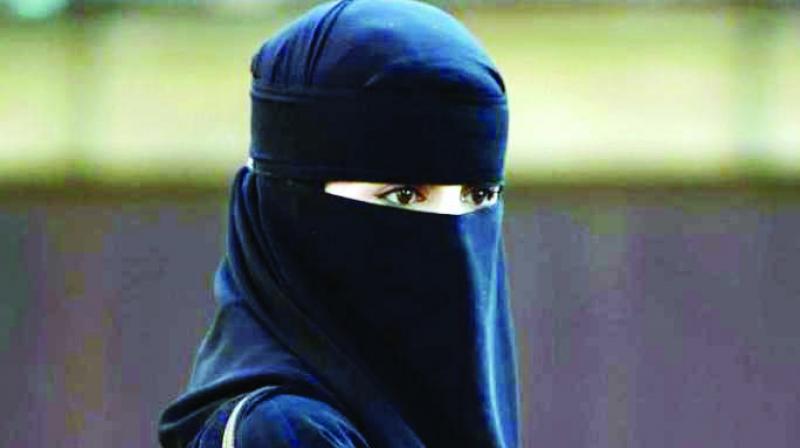 'The threat call was received from an international number, suspected to be from the Gulf. According the complaint, the caller used threatening and demeaning words against Gafoor, a police official said. (Photo: File I Representational)

Kozhikode: The chief of a Muslim educational group in Kerala, which recently barred its students from covering their faces with any attire on campuses, has received death threat, police said Saturday.

Muslim Educational Society (MES) president P A Fazal Gafoor lodged a complaint alleging that an unidentified caller had threatened him with dire consequences if he did not withdraw the circular asking students not to attend classes wearing face-covering attire.

A Kozhikode-based progressive group, MES runs 150 educational establishments, including schools and professional colleges. "The threat call was received from an international number, suspected to be from the Gulf. According the complaint, the caller used threatening and demeaning words against Gafoor, a police official told PTI.

A case is yet to be registered but investigation is already on to trace the caller, the police added. In the internal circular on April 17, Gafoor had said that any "inappropriate" trend on the campuses should be discouraged.

"Any attire, which is unacceptable in the public society, cannot be allowed, even if it is in the name of modernity or religious ritual," the circular had said.

"Without creating any controversy, the institutions must make sure to implement from 2019-20 academic year that students do not come to the class wearing any attire covering their face," the circular, addressing the secretaries and the principals of the MES institutions, said.

Though the dress code mentioned in the circular triggered opposition from orthodox Muslim organisations and scholars, the MES had maintained that covering women's faces was a new trend and had not been in practice in the community in the state earlier.

Criticising MES, Samastha, an orthodox outfit of Muslim scholars, said the circular was "un-Islamic" and it should be withdrawn.

In an editorial in party mouthpiece 'Saamana', the Shiv Sena has asked Prime Minister Narendra Modi to follow Sri Lankan President Maithripala Sirisena's footsteps and ban burqa and other face-covering garments in India, saying it posed a threat to the nation's security.

AIMIM chief Asaduddin Owaisi had attacked the Shiv Sena, alleging that the article was trying to create divisions and polarisation in the society.