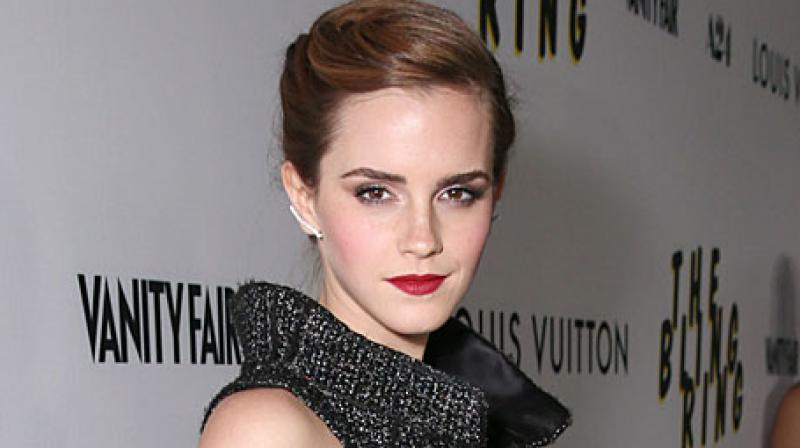 British actor Emma Watson has been a UN Women Goodwill Ambassador and has actively dedicated her efforts towards the empowerment of young women. (Photo: AP)

Mumbai: British actor and ‘Harry Potter’ star Emma Watson on Friday tweeted in support of lawyer Deepika Singh Rajawat, who is fighting the case of a eight-year-old girl who was gangraped and murdered in Jammu and Kashmir's Kathua district in January.

Emma Watson on Friday shared an article about "How the Kathua rape case lawyer is a force to reckon with" and wrote: "All power to Deepika Singh Rajawat."

The actor has been a UN Women Goodwill Ambassador and has actively dedicated her efforts towards the empowerment of young women.

The article shared by Emma Watson brings attention to Deepika Singh Rajawat's confident and professional demeanour as she is flanked by men who are not staring at her.

Lawyer Deepika Singh Rajawat has been representing the family of the minor girl, who hailed from a Muslim nomadic family.

The body of the girl was recovered from Rassana forest in Kathua on January 17. Her body was found a week after she went missing while grazing horses in the forest area.

The Supreme Court had earlier ordered adequate security for Deepika Singh Rajawat, the Kathua rape victim's family and to Talib Hussain, a member of the Bakerwal community who is helping the victim's family.

The victim was held captive inside a temple and was sedated before being raped, tortured and murdered.

The case is ongoing in the Jammu and Kashmir High Court.

Lawyer Deepika Singh Rajawat has been in defiance against her own colleagues in the Jammu Bar Association who allegedly warned her against taking up the case.