India   All India  04 May 2017  Naveen Patnaik confident about countering BJP in Odisha
India, All India

Patnaik said senior BJD leaders, including ministers, are prepared to work for the people at grass-roots level. 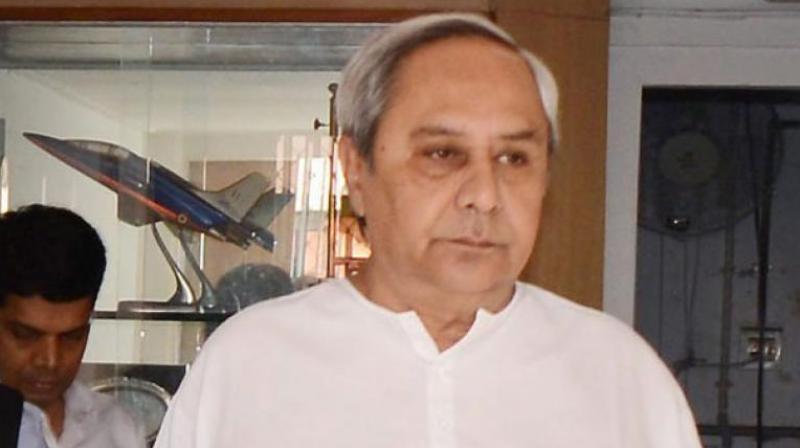 Bhubaneswar: BJD President and Odisha Chief Minister Naveen Patnaik on Thursday said his party was strong enough to counter the BJP in the state and hinted at an early reshuffle in the three-year-old ministry.

"I can assure you that we will counter it (BJP) very well. We are a very strong party," Patnaik said replying to a question on BJP president Amit Shah's plan to start his Odisha programme from the chief minister's home district of Ganjam.

Patnaik said senior BJD leaders, including ministers, are prepared to work for the people at grass-roots level. "A number of ministers and others have told me that they are prepared to go and work in the field level of the party," he said.

His statement comes amid the BJP already targeting Odisha with a vow to oust the BJD, which has been ruling for the last 18 years in the state. The BJP seeks to step up its offensive with a two-day visit of party chief Shah to the state next month.

Asked about likelihood of ministry reshuffle in the state, Patnaik said, "No, I am not ruling out a possible ministry reshuffle." Though Patnaik had been saying for last one month that he would reshuffle the council of ministers, nothing has so far happened leading to uncertainties in many spheres.

To a question on whether he would welcome estranged leaders like Bijay Mohapatra, Dilip Ray and Prafulla Ghadei back into the party, the chief minister said, "As I had said yesterday, the party will take it on case to case basis. The party will decide who can be taken back."

With Patnaik on Wednesday giving the green signal to take back certain estranged leaders who were either expelled from the BJD for some reason or the other, the party is agog with speculation on who would get a chance to return to the ruling party.

Patnaik's signal has raised hopes among many former BJD leaders, including former finance minister Ghadai and Panchanan Kanungo, veteran leaders Mohapatra, Ray (both in BJP) and others.