More than 8,000 cases of human trafficking were reported in India in 2016, up 20 per cent on the previous year, government data shows. 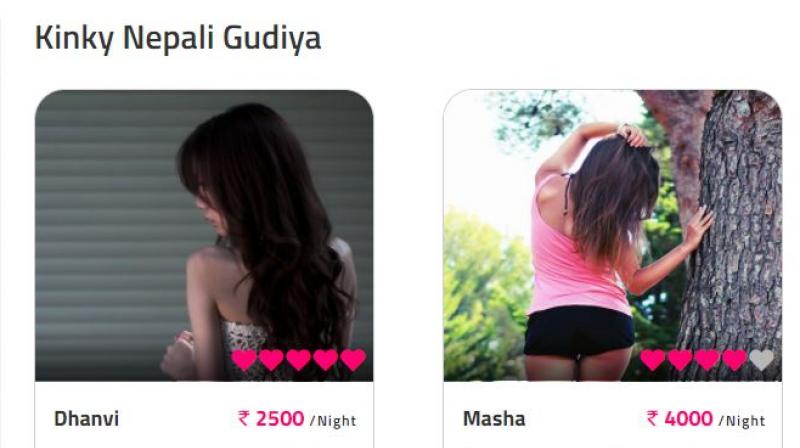 StayUncle, a website that enables unmarried couples to book into hotels without hassle, launched the spoof site - staylaid.com - after tiring of requests from clients to procure a sex worker as well. (Photo: staylaid.com)

Mumbai: A fake website offering girls to cater to "every taste and pocket" clocked up more than 1,000 subscribers on its first day, highlighting the challenge of tackling sex trafficking in the country.

StayUncle, a website that enables unmarried couples to book into hotels without hassle, launched the spoof site - staylaid.com - after tiring of requests from clients to procure a sex worker as well.

"We get nearly 3,000 calls every month from people asking for a partner along with a room. It was important to initiate this conversation," Sanchit Sethi, founder of StayUncle, told the Thomson Reuters Foundation.

"We wanted people to see how real the problem of trafficking is ... how victims are affected. In our understanding, there was no better way than creating a fake website. It is only through technology that you can reach the masses."

Hotels and home rental services such as Airbnb have launched measures to tackle trafficking as concerns mount over their properties being used to exploit vulnerable women and girls.

More than 8,000 cases of human trafficking were reported in India in 2016, up 20 per cent on the previous year, government data shows.

The website listed about a dozen girls and their physical attributes, adding that some had joined voluntarily while others were "procured from remote areas of India such as Assam and West Bengal by trusted brokers and promised big dreams".

"Getting laid could never be easier," it promised.

Subscribers then received an email explaining that thousands of women are forced into sex slavery in the country, calling for greater awareness to bring about change.

Many poor victims from rural areas are lured by traffickers with promises of good jobs, only to find themselves sold to brothels, forced to work in fields or brick kilns or enslaved in homes as domestic workers.

Staylaid.com's offer of girls "suited for every taste, every demand and every pocket" provoked strong reactions on social media, with #StopWomenTrafficking trending on Twitter until late Tuesday night.

"It was surprising that people started talking about it on Twitter - but the fact is that people wanted to use it," said 29-year-old Sanchit Sethi.

Launched in 2015, StayUncle helps "privacy-starved lovers" find accommodation in about 900 partner hotels across the country.

"Their idea might be good, but there was much confusion in the anti-trafficking sector last night on whether this was real," she said.