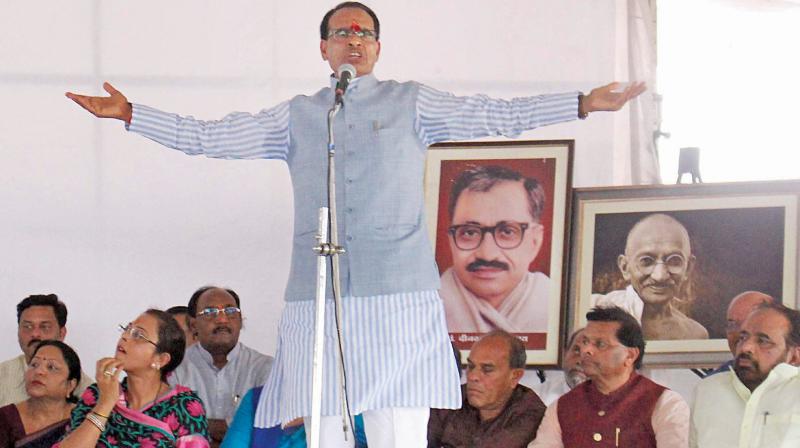 Assembly elections are due in Madhya Pradesh this year, and main opposition Congress dubbed the decision as an attempt by the BJP to exploit the respect these religious leaders enjoy in the society. (Photo: File/PTI)

Bhopal: Ahead of Assembly elections due later this year, the BJP government in Madhya Pradesh on Tuesday accorded the ‘Minister of State' (MoS) status to five Hindu religious leaders, a move which was slammed by opposition Congress.

On March 31, these five religious leaders were appointed to a committee set up for the conservation of the Narmada river. As members of the committee, they have been given the MoS status, a GAD official said on Tuesday.

Assembly elections are due in the state this year, and main opposition Congress dubbed the decision as an attempt by the BJP to exploit the respect these religious leaders enjoy in the society.

"It's a gimmick to score political points. This is also an effort by the chief minister (Shivraj Singh Chouhan) to wash off his sins. He ignored conservation of the Narmada. These saints should inspect where the state government has planted six crore saplings (along the river banks) as claimed by the CM," said Congress spokesperson Pankaj Chaturvedi.

"Saints and seers were accorded the MoS status to make their work of environment and river conservation easy. The saints were roped in for the Narmada conservation work to ensure public participation," Agrawal said.