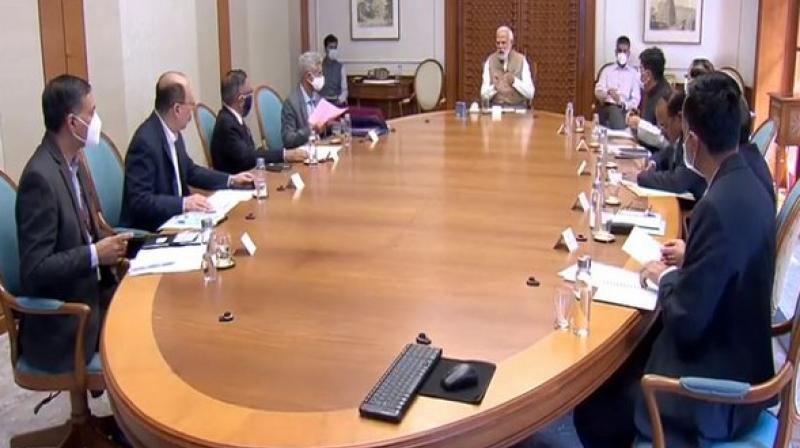 PM Modi at the meeting with senior officials. (Photo: ANI)

New Delhi: Prime Minister Narendra Modi on Friday chaired a meeting to discuss the ongoing evacuation drive of Indian nationals and the situation in conflict-hit Ukraine.

The Prime minister had on Monday chaired two meetings to review the ongoing efforts under Operation Ganga for the return of Indians from Ukraine amid military operations by Russia.

Another meeting was held on Sunday. The Cabinet Committee on Security had met on February 24 in the wake of Russian military actions in Ukraine.

The Centre has ramped up efforts to evacuate Indian citizens stranded in Ukraine amid heightened tensions.

The government has also deployed 'special envoys' to four neighbouring countries bordering Ukraine to coordinate and oversee the evacuation process of Indian nationals.