Shah and his daughter were taken to the area police station on Tuesday after the NIA, along with the J&K police and the CRPF, raided their house. 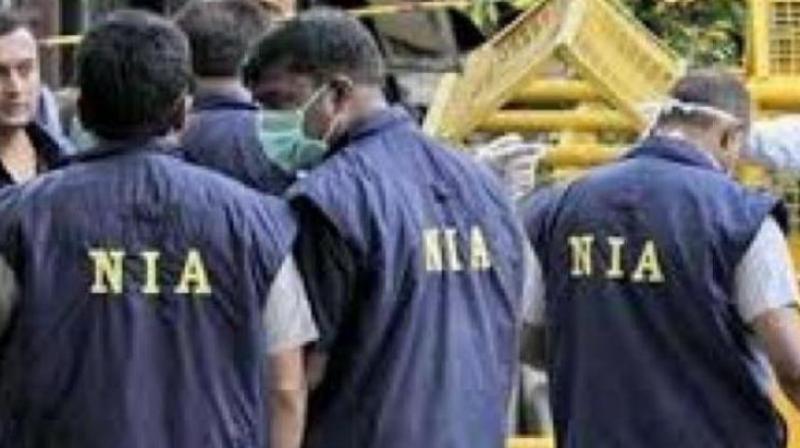 Magray, 22, a furniture shop owner and resident of Hajibal village of Pulwama’s Kakapora area, was arrested by the NIA last week. (Image: File)

SRINAGAR: National Investigation Agency (NIA) on Tuesday formally arrested a father-daughter duo from Jammu and Kashmir’s Pulwama district for their alleged involvement in the February 14, 2019, terror attack in which more than 40 Central Reserve Police Force (CRPF) personnel were killed.

Tariq Ahmed Shah, a resident of Pulwama’s Hakripora village, and his 26-year-old daughter Insha Tariq, were arrested after the sensational revelation by an accused, Shakir Bashir Magray, that it was at Shah’s house that the Jaish-e-Muhammad (JeM) operatives hatched the conspiracy to carry out the suicide attack.

Mr Shah and his daughter were taken to the area police station on Tuesday after the NIA, along with the J&K police and the CRPF, raided their house.

After they were questioned briefly and after the fulfilment of legal formalities at the police station, the father-daughter duo was handed over to the NIA for interrogation. Police sources said that Mr Shah and his daughter will be produced before a designated NIA court in Jammu to seek their remand.

Magray, 22, a furniture shop owner and resident of Hajibal village of Pulwama’s Kakapora area, was arrested by the NIA last week.

He is accused of providing shelter and other logistical assistance to Adil Ahmed Dar alias ‘Waqas Commando’, an alleged JeM cadre, who on February 14 last year, rammed an explosive laden Maruti Eeco into a bus that was part of a convoy of the CRPF at Lethapora in Pulwama district, killing and maiming security personnel on board.

The NIA said that Magray was introduced to Adil Dar in mid 2018 by Pakistani militant Muhammad Umar Farooq after which he became a full-time Over-Ground Worker (OGW) of the JeM. Magray was sent to 15 days NIA custody by a special NIA court in Jammu on Friday.

Sources said that during his interrogation Magray reportedly admitted that Adil Dar and Farooq had stayed at his house for several weeks before the terror attack took place.

As claimed by sources, Magray not only helped them in fabricating the Improvised Explosive Device (IED) used in the attack, but also conducted reconnaissance of the movement of CRPF convoys on Srinagar-Jammu highway in January 2019 for them.

“During his initial interrogation, he disclosed that on several occasions he collected and delivered arms, ammunition, cash and explosive material to JeM terrorists, including those involved in the Pulwama attack,” the NIA claimed.

Forensic examination of the samples collected from the scene of the attack has revealed that explosives used in it included ammonium nitrate, nitro-glycerine and RDX, sources said.

Last week sources in the NIA had said that the agency is inching close to a breakthrough in the Pulwama terror attack. They said that with more arrests made and raids conducted across the Valley over the past couple of weeks, the NIA has accumulated “very crucial evidence” about when the attack was planned, who were the masterminds and how and who executed it.

Sources on Tuesday confirmed that more people are likely to be arrested before the agency comes out with a detailed account of the investigations and moves a designated court with charge-sheets against the accused.

Last year’s unparalleled suicide attack at Lethapora threw up a tough challenge for the security forces engaged in trying to contain the three-decade-old insurgency in J&K.

Following the Pulwama attack, they restructured their deployment procedures, bolstered surveillance networks and began to make an all-out effort to improve their strategic intelligence gathering capabilities.

The attack also brought a new low in India-Pakistan relations as Indian warplanes crossed the Line of Control (LoC) and dropped bombs at an alleged Jaish base in the vicinity of the town of Balakot in Pakistan’s Kyber Pakhtunkhwa province in the morning hours of February 26 last year.

The Pulwama terror attack was initially being investigated by the J&K police along with the CRPF, the Army and other security forces and agencies. However, the case was soon handed over to the NIA by the Union home ministry.

The NIA, sources said, found some “new and useful” clues after taking the custody of Sameer Ahmed Dar, a resident o Pulwama’s Kakapora area, recently. Sameer was arrested by the J&K police along with two others on January 31 on the charge of ferrying Pakistani militants to the Valley from Kathua district in Jammu region. He is a cousin of Adil Dar.

Three suspected Jaish militants — all said to be Pakistani nationals — were travelling in a truck being driven by Sameer Dar. They were, however, shot dead by security forces in an encounter at Nagrota along the Jammu-Srinagar highway as they were attempting to enter the Valley after reportedly sneaking into J&K from across the border at Hiranagar, 56-km east of winter capital Jammu.