Fired in fit of rage, says man held for pointing gun at cop 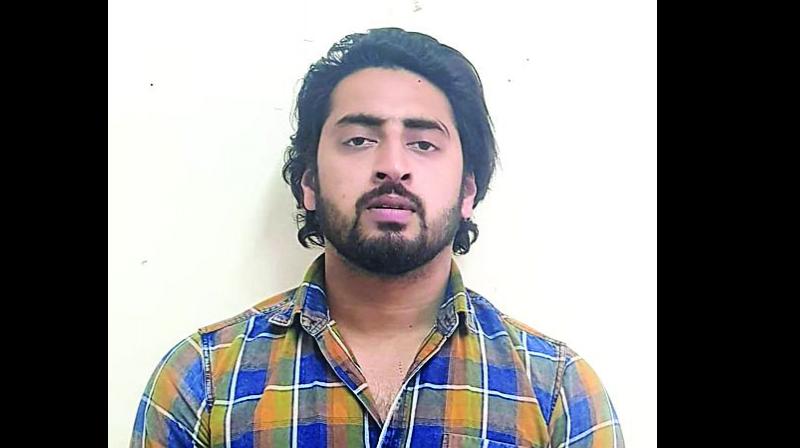 NEW DELHI: Shahrukh Pathan, the 23-year-old gun-wielding man whose videos and images of pointing a gun at a Delhi Police official in the Jaffrabad-Maujpur area last Monday during Delhi riots, went viral, was arrested from Uttar Pradesh’s Shamli district on Tuesday.

During interrogation, Shahrukh said that he had opened-fire in a fit of rage, at the spur of the moment.

In the video that went viral last week, Shahrukh Pathan could be seen pointing his a pistol at a policeman on the Jaffrabad-Maujpur road on February 24. He had threatened the Delhi Police’s head constable Deepak Dahiya with his gun, before running away from the spot.

He had five bullets, out of which two fell.

Additional commissioner of police (crime) A.K. Singhla said, “Shahrukh was planning to flee from Shamli but was nabbed and later brought to Delhi. We are trying to recover the semi-automatic pistol used by him during the violence. He was fond of pistols. He had procured a 7.65 mm pistol and ammunition about two years ago from one of his labourers. The good quality semi-automatic pistol was bought from Munger in Bihar. He fired three rounds at the protest where he had gone alone.”

A college dropout, Shahrukh was interested in body building and modelling. He was also fond of making Tik Tok videos. He runs a shop that sells socks in northeast Delhi’s Ghonda area.

He does not have any criminal background, though his father, Sabir Ali, was allegedly involved in a narcotic case. Police are investigating if he was associated with any gang or was part of any conspiracy.

Based on information and after conducting extensive discreet inquiries in different areas in Delhi and UP, police zeroed in on the area around Shamli and Kairana. On the intervening night of Monday and Tuesday, police received information that Shahrukh would be coming to Shamli bus stand between 10 am and 12 noon to meet someone. A trap was laid and Shahrukh was apprehended.

Police are also trying to trace his family members, who are absconding.

After the firing incident, Shahrukh initially roamed around Delhi in his Maruti Esteem, but after his video and photo went viral, he went to Punjab and was then hiding in Bareilli and Shamali at a friend’s place.

The vehicle in which he fled from Delhi and the pistol he used are yet to recovered.