TN temples, and their architecture attract more tourists than the beaches and nightlife of Goa or Kerala. 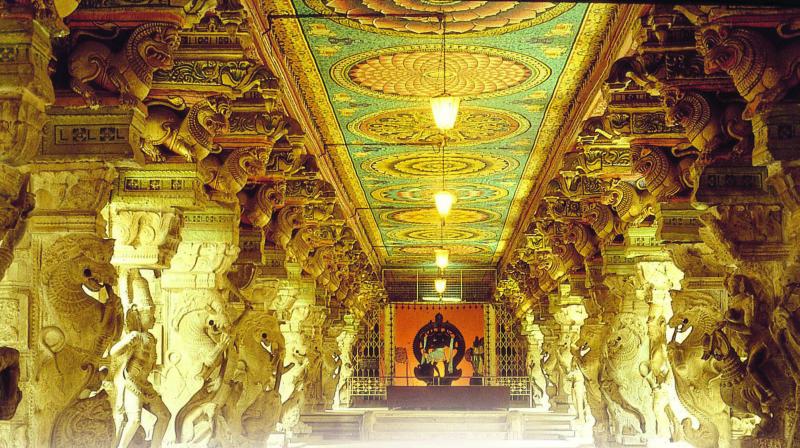 CHENNAI: More than the glamourous beaches and nightlife of Goa or the attractions in the God's Own Country, Tamil Nadu's temples appear to enchant foreign and domestic visitors alike. About 60.74 lakh foreign nationals preferred Tamil Nadu for their visit, thus making the state host a maximum number of foreign tourists in a year in the country.

The architecture at the ancient temples across the state are unique and are contributed by the Chera, Chola, Pandya and Nayak kings. The splendorous architecture make the temples a rich repository of cultural and religious heritage. Some of the temples - out of nearly 36,612 temples under the ambit of Hindu Religious and Charitable Endowments department, are 1,000 or 1,500 year-old. These and other historical monuments which are the soul of Tamil Nadu sustain tourist traffic all through the year.

"Although not much publicity is given to the temples, particularly the stone architecture, the shrines that dot Tamil Nadu's landscape are the real crowd pullers. While the numerous temple festivals attract the domestic tourists, foreigners flock to the State on a heritage trail," says a tourism official.

While 9.33 lakh foreigners visited Goa in 2018, Maharashtra, Uttar Pradesh, Delhi, Rajasthan, and West Bengal follow Tamil Nadu in hosting the foreign tourists - 50.78 lakhs, 37.80,27.40, 17.54 and 16.17 lakh foreigners respectively. On the flip side, Mizoram received the least number of foreign tourists in one year. Only 967 such tourists visited the State in 2018. After Mizoram, Lakshadweep, Dadra & Nagar Haveli, Manipur, Nagaland, and Arunachal Pradesh were the least preferred tourist destinations by foreigners.

Majority of foreign nationals to India arrive from Bangladesh, followed by the USA, UK, Malaysia, China, and Australia. A significant number of them come to India for medical purposes.

During 2019, Foreign Tourist Arrivals (FTAs) were 10.89 million (provisional) with a growth of 3.2 % over same period of the previous year, as per data available with the Tourism Ministry. A total of 2.93 million foreign tourists arrived on e-Tourist Visa registering a growth of 23.6 %. 11.3 Arrivals of Non Resident Indians (NRIs) were 6.87 million during 2018. Domestic tourism continues to be an important contributor to the sector. As per the data available with the Ministry of Tourism, there were 1854.93 million domestic tourist visits all over the country during 2018.