The foreigners, 13 women and eight men, were in the same group of which an Italian and his wife have tested positive in Jaipur 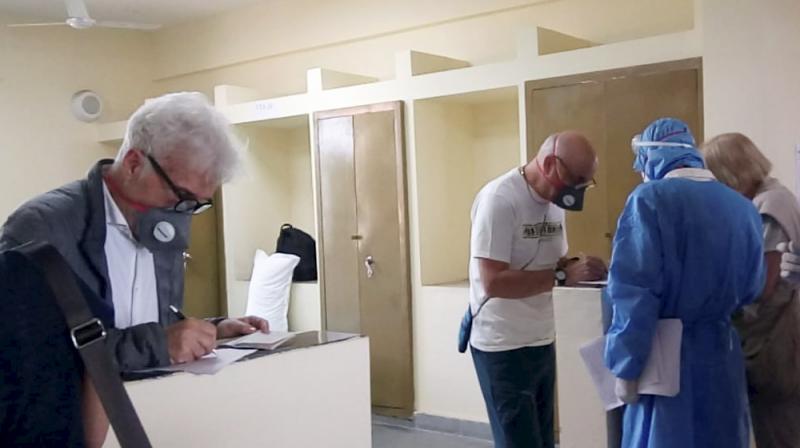 Health Ministry sources said these foreigners, 13 women and eight men, were in the same group of which an Italian and his wife have tested positive in Rajasthan capital Jaipur.

“His (Italian in Jaipur) condition is stable,” a source said.
Three Indians, who were accompanying this Italian group as tour operators, have also been sent to the ITBP facility in Chhawla area of south-west Delhi, they said.

All these people, staying at a five-star hotel in south Delhi, have been put in “preventive isolation” at the ITBP camp and their samples will be taken on Wednesday, sources said.

The centre already has 112 people, 76 Indians and 36 foreigners, since February 27 after they were evacuated by an IAF plane from Wuhan in China, the epicentre of the coronavirus.

The first samples of these 112 people had tested negative when reports came in last week.