We work for the benefit of all the sections of society and doing something at a small scale isn't acceptable to us, said Modi. 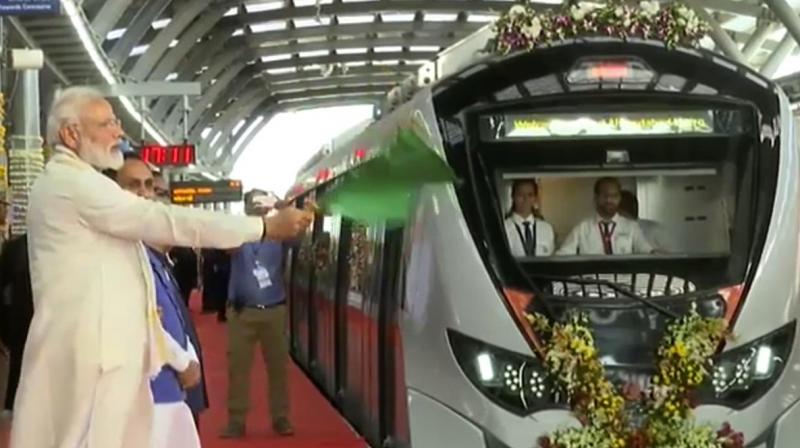 He also laid down the foundation stone for Vishwa Umiya Dham Temple Complex at Jaspur, Gujarat.

The temple proposed to be dedicated to Maa Umiya, the deity of Kadva Patels is estimated to cost Rs 1,000 crore.

Read: Why do some people still want to question forces? Modi in Gujarat

In his address to the public gathering, Modi emphasized the role of saints and seers in strengthening our society.

"They have given us valuable teachings. They even gave us the strength to fight evil and oppression. They taught us to absorb the best of our past and at the same time keep changing with the times'', Modi said.

Modi also spoke about his vision to work for the benefit of all the sections of society and said "doing something at a small scale isn't acceptable" to the party.

Modi highlighted the need for "quality" education for youngsters.

Addressing the social issue of female foeticide, Modi said, "Those who believe in Maa Umiya can never support" the heinous act. "I appeal to all, let us create a society where there is no discrimination based on gender", said Modi.

Modi dedicated a number of development projects in Gujarat during his two-day visit to the state.