Two militants were killed by security forces in the encounter which began on Friday morning, the police spokesman said here. 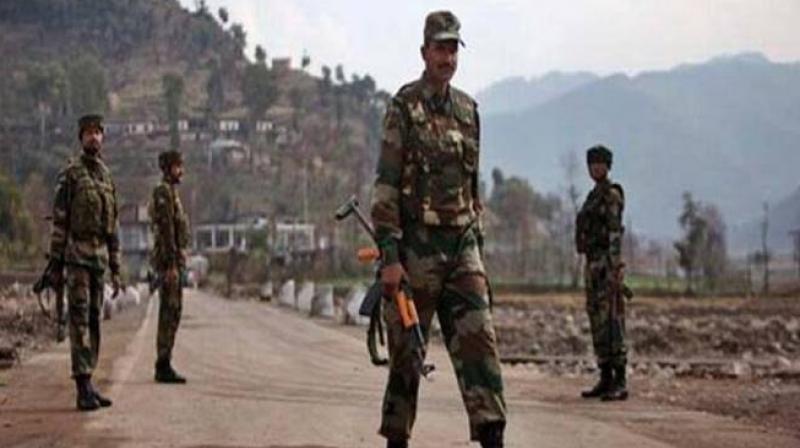 The encounter had begun when security forces launched a search operation in Babagund area in north Kashmir, following information about presence of militants there. (Representational Image | PTI)

Srinagar: Two militants, five security forces’ personnel, including a CRPF officer, and a civilian were killed in a 56-hour encounter in Kupwara district of Jammu and Kashmir, police said on Sunday.

He said bodies of both the militants were recovered from the site of the encounter and their identities and affiliations are being ascertained.

The spokesman said a CRPF jawan — identified as Sham Narayan Singh Yadav — who was injured in the exchange of fire on Friday, succumbed to injuries on Sunday — taking the number of security forces’ fatalities to five.

Two CRPF personnel, Inspector Pintu and Constable Vinod, and two cops, Selection Grade Constables Naseer Ahmad and Ghulam Mustafa Barah, were killed in the gunfight on Friday, the spokesman said. He said one civilian, Waseem Ahmad Mir, also sustained bullet injury “in the nearby area” and later succumbed at a hospital on Friday.

The encounter had begun when security forces launched a search operation in Babagund area in north Kashmir, following information about presence of militants there.

“Area where the terrorists were hiding was very congested and civilians in the adjoining houses had to be evacuated to the safer places away from the site of encounter,” he said.

He said incriminating materials, including arms and ammunition, were recovered from the site of encounter.