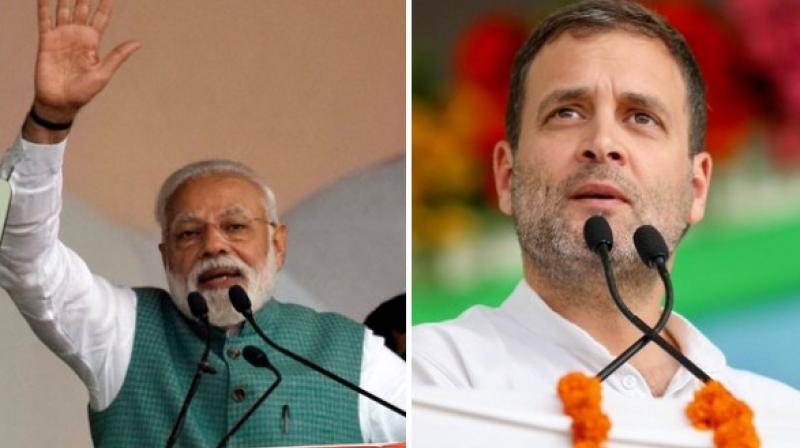 Amethi: A day after Prime Minister Narendra Modi laid the foundation stone of a factory to manufacture advanced AK-203 rifles in Amethi, Congress president Rahul Gandhi claimed that he had inaugurated the ordnance factory in 2010 and accused the Prime Minister of lying to people.

However, Rahul has accused the Prime Minister of lying in a post on Twitter in Hindi which roughly translates as, "Dear Prime Minister, I had myself laid the foundation stone for Ordnance Factory in Amethi in 2010. Production of small arms has been going on there since last few years. Yesterday you went to Amethi and lied again. Don't you feel ashamed at all?"

Soon after Rahul Gandhi's tweet, BJP leader Smriti Irani criticised the Congress president of lying to the people about development projects in Amethi.

She said the Gandhi scion has "destroyed" Amethi.

"You are so much scared with development of Amethi that you didn't see that yesterday inauguration of a joint venture took place in Korwa. Under this, an agreement was done between India and Russia to build AK 203 rifle," Irani tweeted.