The BJP has emerged as the key power mover in Nagaland. 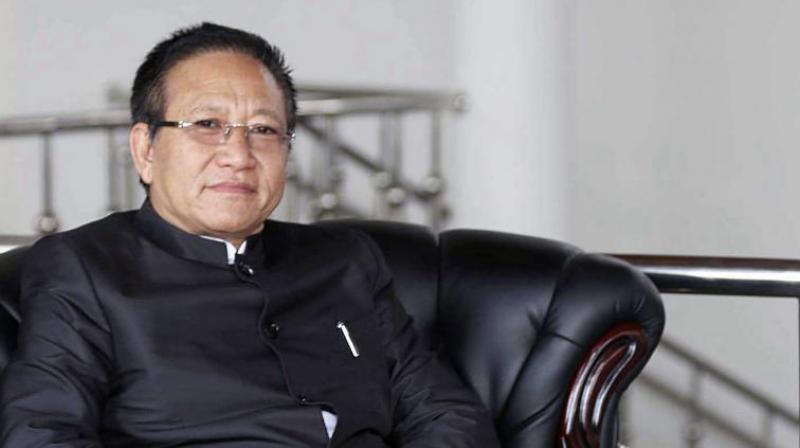 Guwahati: In what may be another reason for the BJP to rejoice after Tripura victory, the saffron party has emerged as the king maker by not only succeeded in making its presence felt in Nagaland but also registered victory in 11 seats in the Christian-dominated state. The ruling Naga People’s Front (NPF) has emerged the single largest party by winning 27 seats, four short of the majority figure of 31 in the 60-member Nagaland Assembly. It got a vote share of 39.1 per cent.

The BJP’s alliance partner Nationalist Democratic Progressive Party (NDPP) became the second largest party by winning 15 seats and leading in one. The NDPP got a vote share of 25.5 per cent while the BJP got 14.4 per cent of votes.

NDPP chief Neiphiu Rio had been elected unopposed from Northern Angami II last week after his NPF rival withdrew from the contest in Northern Angami-II. The BJP, in alliance with the Rio-led NDPP, is looking to dislodge the NPF, which has been in power since 2003.

Chief minister T.R. Zeliang won the battle against NDPP rival Iherie Ndang by over 4,000 votes from Peren constituency. The JD(U), which kept away from the alliance with NPF, had 13 contenders but won on one seat. The trump card for the formation of the government would be into the hands of smaller parties and one Independent candidate.

The BJP has emerged as the key power mover in Nagaland. It is in alliance with both the NPF and the NDPP. The NPF is part of the BJP-led regional coalition, North East Democratic Alliance (NEDA), on the lines of the National Democratic Alliance at the Centre. This alliance continues to stay afloat.

Just before the elections, the BJP stitched another alliance with the NDPP of Mr Rio. As per electoral understanding, the NDPP contested on 40 seats while the BJP fought on 20 seats in Nagaland.

The BJP has been expanding its base in Nagaland. In 2013, the BJP had contested on 11 seats and won just one. However, three of the NCP MLAs defected to join the party. There were eight Independent MLAs in the outgoing Nagaland Assembly.

The BJP’s dual understanding with Mr Zeliang and Mr Rio has kept it in the power equation of Nagaland.

The Congress seems to be the biggest loser in Nagaland. Only 18 Congress candidates contested Nagaland elections and the party failed to open its account.