The dalit, identified as Balram Ahirwar, survived with 15 per cent burn injuries. 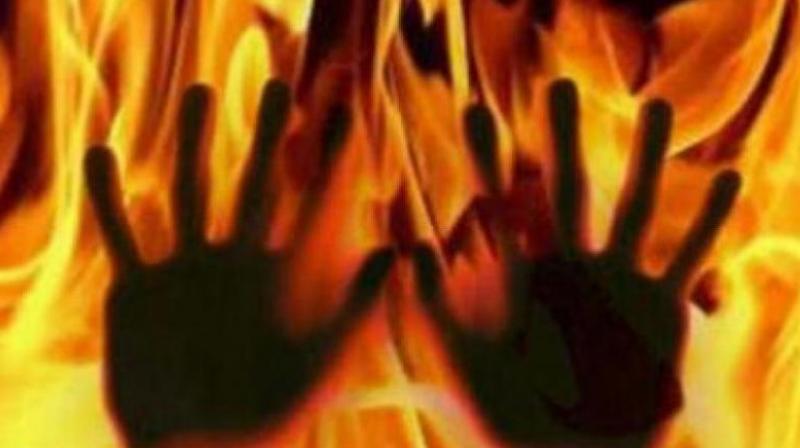 He said Rajput and his wife got angry after Ahirwar and others lit the bonfire to mark the occasion of Holi, which they feared would engulf their house. (Representational Image)

Sagar: A dalit man was allegedly pushed into a Holi bonfire by an upper caste couple in Futera village in Madhya Pradesh's Sagar district on March 1, police said on Sunday.

According to police, the couple got angry fearing the bonfire lit by the victim and others would engulf their house.

The Dalit, identified as Balram Ahirwar, survived with 15 per cent burn injuries, an official said, adding that the police arrested one Raje Rajput (38) in connection with the incident on Thursday night while efforts are on to trace his wife.

The incident occurred during the Holika 'dahan' (burning) ceremony in the village, located around 40 kms away from the district headquarter, said Rahatgarh police station inspector Anil Singh.

He said Rajput and his wife got angry after Ahirwar and others lit the bonfire to mark the occasion, which they feared would engulf their house.

In a fit of rage, they caught hold of Ahirwar and pushed him into the bonfire, the inspector said.

Ahirwar was rescued by other revellers and admitted to hospital.

Singh said the accused duo have been booked under relevant sections of the IPC and the Scheduled Caste and Scheduled Tribe (Prevention of Atrocities) Act.