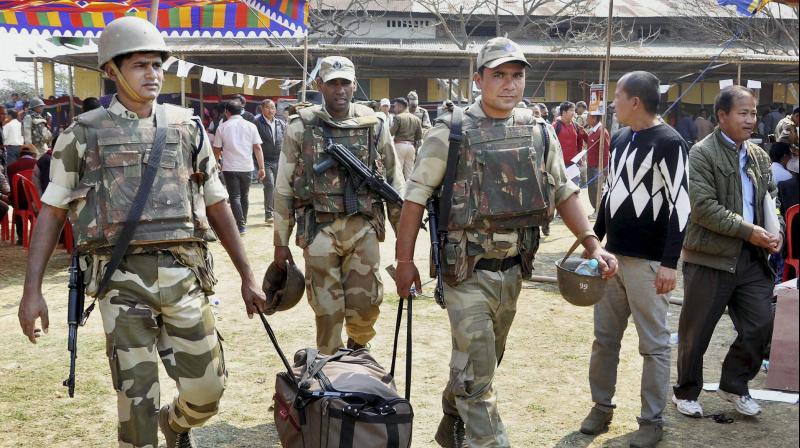 Security personnel leave for election duty on the eve of voting for the Assembly polls at Porompat, Imphal East. (Photo: PTI)

New Delhi: The Election Commission on Friday night ordered registration of an FIR against office bearers "concerned" of Manipur BJP for publishing an advertisement without the requisite approval from the certification panel.

On the basis of a report by poll authorities in Manipur, it also directed the state chief electoral officer get FIRs filed against eight newspapers for publishing the election advertisement.

The ads were published a day before the first phase of elections in the state today.

While there is no bar on the publication of election advertisements 48 hours before the polling, a rule introduced by the Commission during the Bihar assembly polls says that such advertisements should be cleared by a certification committee.

It states that without approval no newspaper will publish such advertisements.

The new rule came after the BJP brought out some controversial advertisements during the Bihar elections.