Watch: Man stopped by woman from taking his wife in labour to hospital in UP

The woman took his car keys from the man after he allegedly scraped her Audi on his way to the hospital. 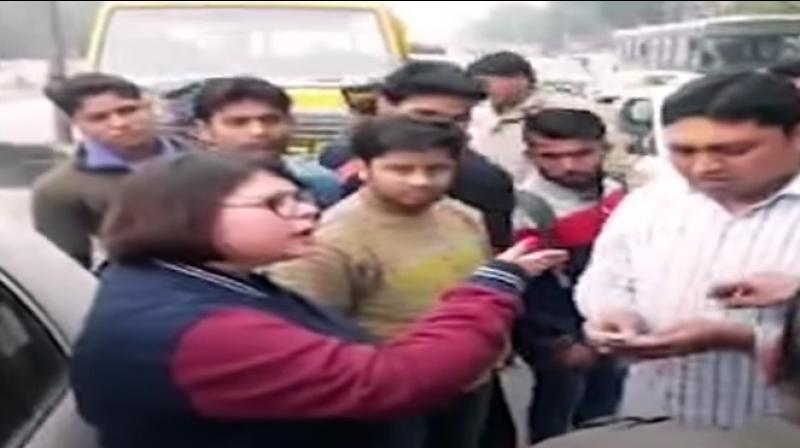 The woman refused to give the man's car keys despite his pregnant wife being in labour. (Photo: YouTube)

Ghaziabad: In a disconcerting video that has surfaced online, a woman was seen refusing to let a man take his pregnant wife, who was in labour, to the hospital.

The incident happened on the NH8 between Ghaziabad and Modi Nagar.

According to a report on The Indian Express, the woman took the man’s car keys from him after he allegedly scraped her Audi and refused to let him go, even as his wife was in labour in the car. The couple were on their way to the hospital.

The woman did not budge even after a policeman tried to dissuade her, apart from the husband. However, after a crowd gathered and started to agitate, the woman threw the keys away and left in her car.

The worrying incident is the latest in a list of cases of apathy. Earlier this week, a teen had died of bleeding post a road accident in Karnataka, as onlookers were photographing him instead of helping him.