Sirpur was yet to be accorded World Heritage status despite several visits by Unesco teams to the site in the past several years. 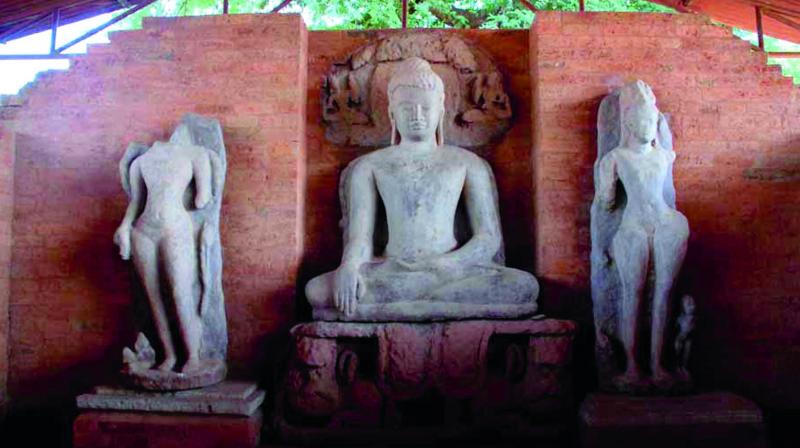 A Buddhist site in Sirpur, Chhattisgarh

Bhopal: Conferment of this year’s Padma Sri on archaeological adviser to Chhattisgarh government Arun Kumar Sharma, who was accused by the Archaeological Survey of India (ASI) of tampering with a famous Buddhist site, has stirred up a hornet’s nest.

Former ASI official Mr Sharma had faced serious charges of spoiling the authenticity of excavated structures from the fifth century AD at the famous Sirpur Buddhist site in east Chhattisgarh’s Mahasamund district while undertaking excavations in 2000-11.

Mr Sharma was granted a licence in the late 1990s by the ASI to undertake the excavation of the Buddhist site, billed as the only ticketed monument in Chhattisgarh.

In a confidential letter dated September 7, 2010 to ASI headquarter at New Delhi, the Raipur branch of the ASI had expressed serious concern over Mr Sharma undertaking reconstruction of excavated structures in the site in the name of conservation, spoiling the authenticity of the unearthed remains. This newspaper has seen a copy of the letter.

“By doing this, not only the authenticity of excavated structures are being spoiled, but also the licensee (Mr Sharma) is imposing his own thoughts into the excavated remains. Sometimes, the original architectural parts are being cut to get the desired size,” the letter intimated the ASI headquarters.

The letter also referred to reminders sent to the Chhattisgarh government to dissuade Mr Sharma from undertaking conservation work, which “is nothing but reconstruction of excavated structures”.

In a separate communication dated June 21, 2010, to the Chhattisgarh government, the Raipur unit of the ASI, had also sought a halt to the “invalid structural conservation works, so that the glorious history of Sirpur can be saved from deliberate intervention and manipulation”.

“More important is that such ongoing exercises can harm and affect adversely to the spirit of the state government which is trying hard to inscribe Sirpur in the World Heritage list,” the letter noted.

Incidentally, Sirpur was yet to be accorded World Heritage status despite several visits by Unesco teams to the site in the past several years.

“Such sculptures are not found in the other nine Buddhist monasteries excavated in Sirpur,” a retired professor at the department of ancient history and archaeology in Raipur’s Pt Ravishankar Shukla University (RSU) had said.