The comment came after a violent mob attacked Gurdwara Nankana Sahib and pelted stones on Friday. 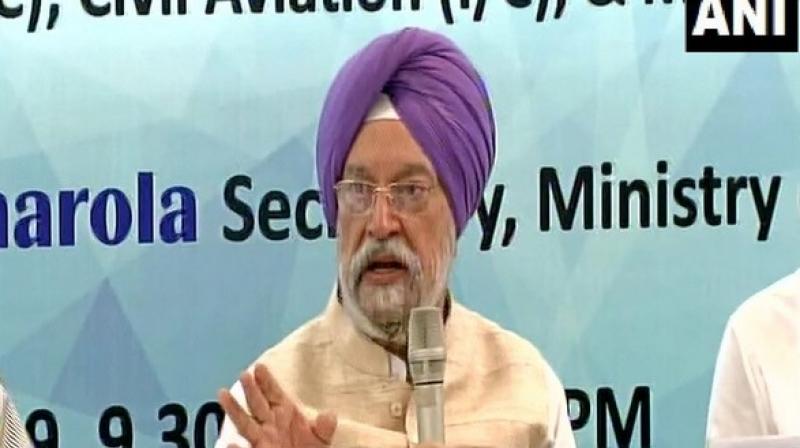 'Do those who are opposing the CAA need more evidence of oppression of minorities in Pakistan,' Hardeep Singh Puri asked. (Photo: File | ANI)

New Delhi: A day after a mob attack on the Nankana Sahib Gurdwara in Pakistan, Union minister Hardeep Singh Puri sought to know on Saturday whether those protesting across the country against the Citizenship Amendment Act (CAA) needed more evidence of oppression of minorities in the neighbouring country.

Taking to Twitter, the Union housing and urban affairs minister said the violent mob that besieged the Nankana Sahib Gurdwara on Friday had threatened to change the name of the holy place to 'Ghulam-e-Mustafa'.

Gurdwara Nankana Sahib, also known as Gurdwara Janam Asthan, is the site near Lahore in Pakistan where the first Guru of Sikhs, Guru Nanak, was born.

A violent mob had attacked the gurdwara and pelted it with stones on Friday.

The violent mob that besieged Nankana Sahib Gurudwara has threatened to change the name of our holy place to Ghulam-e-Mustafa.

"Do those who are opposing the CAA need more evidence of oppression of minorities in Pakistan," Puri said in a tweet in Hindi, along with a video clip that showed a mob threatening to change the name of the gurdwara.

Members of Delhi Sikh Gurdwara Management Committee (DSGMC) and Shiromani Akali Dal staged a protest near the Pakistan High Commission here on Saturday over the mob attack on the Nankana Sahib Gurdwara.

According to the CAA, Hindus, Sikhs, Buddhists, Jains, Parsis and Christians who came to the country from Pakistan, Bangladesh and Afghanistan till December 31, 2014, facing religious persecution in those nations, will not be treated as illegal immigrants but be given Indian citizenship.