The BCG in its report has recommended dividing the government departments into 6 regions. 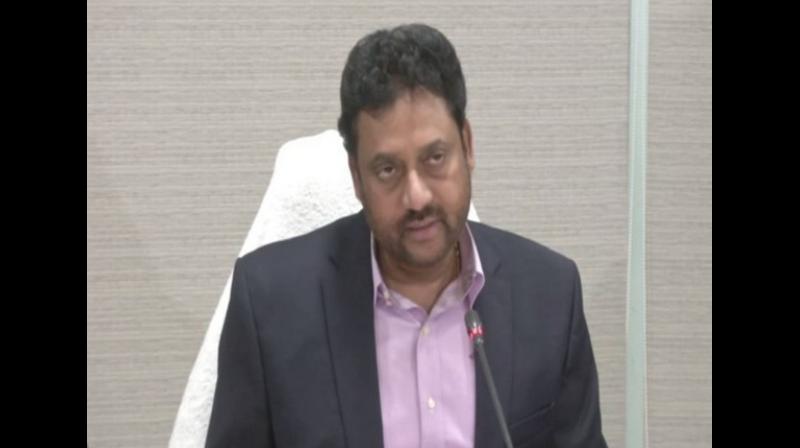 In its report, the BCG has also said that the construction of Amaravati as a 'megacity' would require Rs 1 lakh crore to build its core infrastructure, a substantial portion of which will be needed to be funded by debt. (Photo: ANI)

Vijayawada: Andhra Pradesh Planning Department Secretary, Vijay Kumar said that the Boston Consulting Group (BCG) in its report suggested decentralized development of all regions in the state with a balanced and inclusive growth strategy.

"The BCG report has divided the 13 districts in the state into 6 regions; Srikakulam, Vizianagaram, Visakhapatnam districts in coastal Andhra, West and East Godavari districts into Godavari delta, Krishna and Guntur districts as Krishna delta, Kadapa and Chittoor as East Rayalaseema, among others," Kumar said at a press conference on Friday.

The BCG in its report has recommended dividing the government departments into six regions, with the Secretariat, Governor and Chief Minister offices in Visakhapatnam, Assembly in Vijayawada or Amaravati, and High Court in Kurnool.

According to the official, "The BCG report has taken the economy, industry, agriculture, services, infrastructure, and social infrastructure aspects into consideration. The report says five express highways would be required for the state with the existing highways and ports, airports should be developed on a large scale."

In its report, the BCG has also said that the construction of Amaravati as a 'megacity' would require Rs 1 lakh crore to build its core infrastructure, a substantial portion of which will be needed to be funded by debt.

However, the report mentions the advantages and disadvantages of both the decentralized and 'megacity' model and a high powered committee will now further study the options and make the final recommendation to the government.

This comes amidst controversy over the idea of three capitals- the 'Executive Capital' in port city Visakhapatnam, 'Legislative Capital' in Amravati and 'Judiciary Capital' in Kurnool proposed by the Chief Minister YS Jagan Mohan Reddy led YSR Congress government in Andhra Pradesh.