India   All India  04 Jan 2019  Nobody has right to call me or PM Modi a thief or liar: Nirmala Sitharaman
India, All India

Nobody has right to call me or PM Modi a thief or liar: Nirmala Sitharaman

Sitharaman was responding to Gandhi who said that he wanted to speak as his name was taken during a debate on Rafale deal. 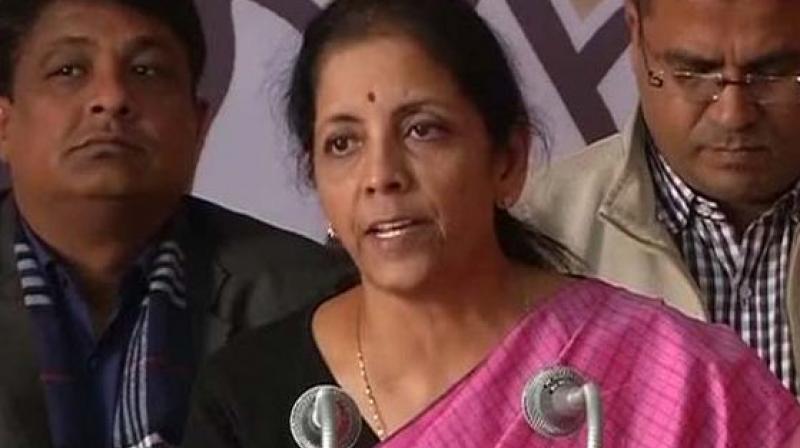 Sitharaman said that the NDA got a better deal then what was being negotiated by the UPA government. (Photo: File)

New Delhi: There were heated scenes in the Lok Sabha as Defence Minister Nirmala Sitharaman accused the Congress and its president Rahul Gandhi of insulting her and Prime Minister Narendra Modi.

"Nobody has a right to call me or the prime minister a thief and a liar," said a visibly angry Sitharaman, whom speaker Sumitra Mahajan tried to calm down.

The defence minister was responding to Gandhi who said that he wanted to speak as his name was taken by Sitharaman during her reply to a debate on Rafale deal.

He further claimed Hollande himself had stated that the name of businessman Anil Ambani was given to him by Modi and Government of India.

Gandhi wanted to know why Sitharaman did not take the name of Ambani who was chosen as the major offset beneficiary and why the price of aircraft went up to Rs 1,600 crore.

He questioned why the number of aircrafts to be purchased reduced to 36 and why Prime Minister Narendra Modi bypassed the defence establishment to change the deal.

Sitharaman said that the NDA got a better deal then what was being negotiated by the UPA government. On the offset partners, she said it was not a part of negotiations and the government was not involved in their selection.

The minister said she regretted that when the prime minister spoke, the Congress called him a liar. "We all come from normal background...I come from a middle class.

The prime minister comes from a humble background. The prime minister's name is untarnished, he is not corrupt. I have my honour intact," she said, adding "you can not insult us the way you want".