India   All India  04 Jan 2019  Factory unit, which collapsed in Delhi, was given closure notice by SDMC: official
India, All India

Factory unit, which collapsed in Delhi, was given closure notice by SDMC: official

Commercial activity was going on 'illegally' in 2-storey building, which collapsed in Sudarshan Park claiming lives of 7 people. 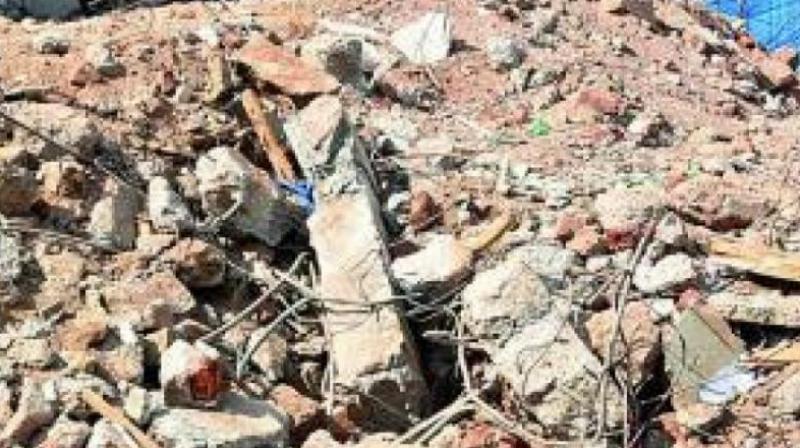 New Delhi: Commercial activity was going on "illegally" in the two-storey building, which collapsed in west Delhi's Sudarshan Park claiming lives of seven people, and a closure notice was served on its owner last month, a senior official said Friday.

The area falls under the jurisdiction of the West Zone of the South Delhi Municipal Corporation and an SDMC team visited the site after the mishap and assisted the Delhi Disaster Management Authority staff in the rescue operation, he said.

"The collapse is said to have been triggered by a blast on the first floor of the building where a factory unit was operating, which blew the roof. And, the side walls then collapsed under the weight of the debris deposited on the floor," the senior SDMC official said.

He said, when the SDMC team visited the site in Basai Darapur area, they saw many parts of the building hanging precariously after the collapse, which were demolished for safety of passers-by.

"Ironically, we had sent a closure notice to this unit on December 21, and sealing activity was slated to be carried out next week. So, this unit was effectively running illegally," the senior official said.

The SDMC has been carrying out sealing action against such units as per instructions of the Supreme Court, he said, adding, many units were either found closed or vacant after a notice to that effect had been served.

"The ward in which the collapsed building is located had about 700 units, out of which 670 are now closed, sealed or were found vacant when our team visited during the drive. As per the remaining 30 odd units, we will seek action against them, and also examine if there was any laxity on the part of any civic department," he said.

Out of the eight people injured, three men, identified as Munna, Gangesh and Ankit have been referred to Safdarjung hospital while Manju has been referred to Deen Dayal Upadhyay hospital, said Deputy Commissioner of Police (West) Monika Bhardwaj.

A case has been registered against the factory owner Ankit Gupta who also sustained injuries and is currently undergoing treatment, the officer said.